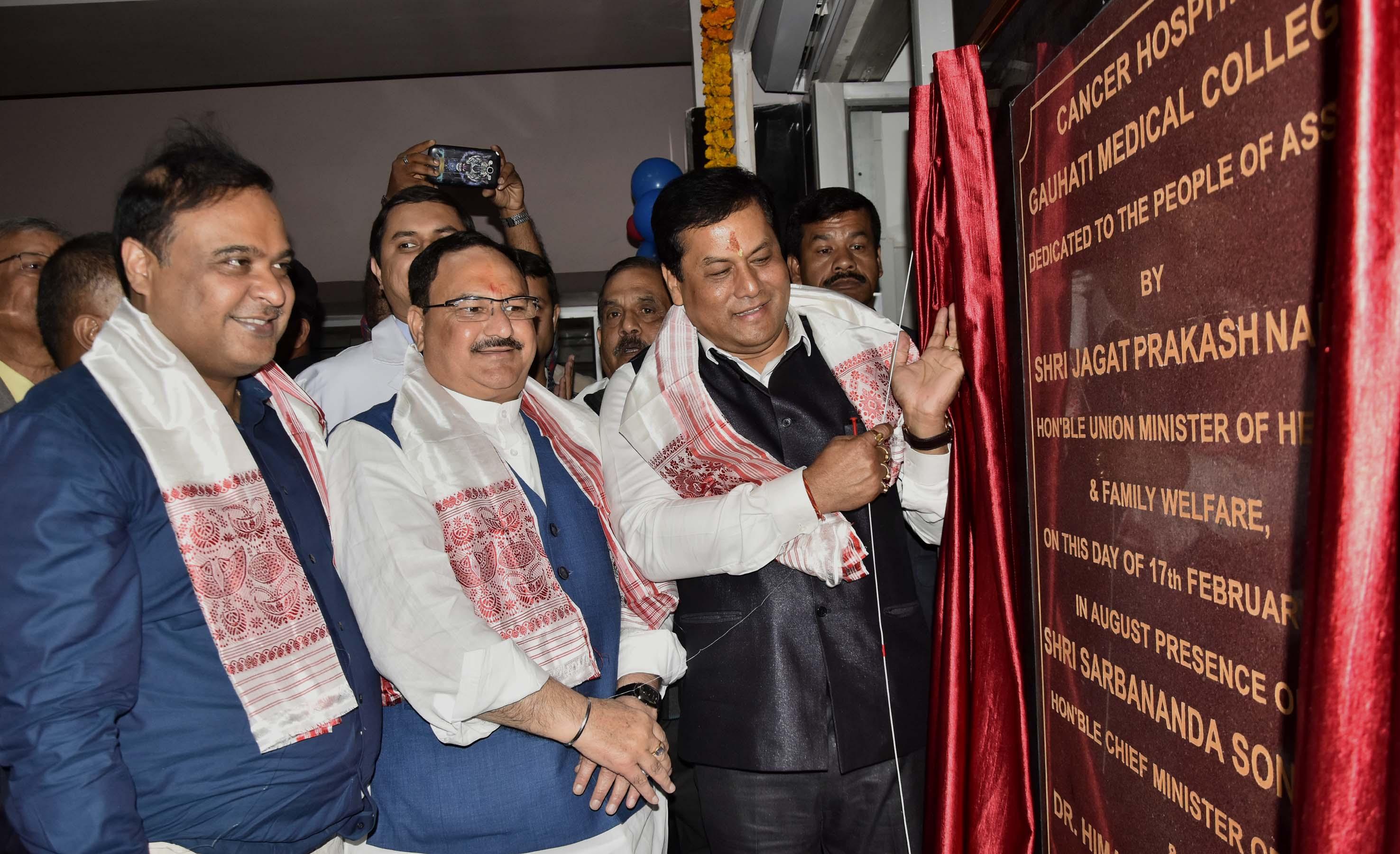 After B Barooah Cancer Hospital, yet another state-of-the-art hospital injects no less ray of hopes for thousands of cancer patients from the north eastern region. Union health minister JP Nadda opened the 20 beded cancer hospital adjacent to the Gauhati Medical College Hospital at a function on Friday evening.

Nadda, in his speech said the centre will help the entire region provide best possible treatment for the cancer patients.

State health minister Himanta Biswa Sarma called it a memorable day in the state’s health sector saying that the hospital will be of immense help for Assam and other north eastern states to curb cancer disease.

Earlier in the day, Nadda laid the corner stone of the Dhubri Medical College calling it a giant leap in the health sector. He said the Centre is committed to help the region get the modern healthcare facility.

On Saturday, Nadda us scheduled to lay the foundation stone if the proposed medical college in Nagaon.

9 May 2013 - 10:02pm | Arup Saikia
Assam Human Rights Commission (AHRC) has asked  the state Government to pay compensation of Rs 10 lakh to the next of kin of late Binoy Mohan Das, the then superintendent of the of the Kamrup...