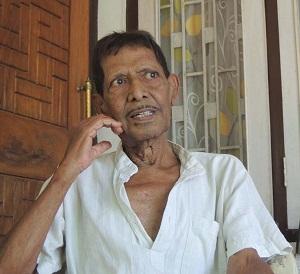 Ratan Lahkar is mo more. The harbinger of Assamese mobile theatre is dead. The famed theatre maker who heralded a new era in theatre passed away on Sunday noon after prolonged illness leaving the people in a state of utter shock.

Various organizations and individuals thronged his residence at Pathsala in Barpeta district to pay their last respect to the lifeless theatre personality.

13 May 2015 - 9:42am | Hantigiri Narzary
The 5th bieniall conference of Kokrajhar district unit of AKRSU and Koch Rajbongshi Mahila Samiti was concluded with two day programmes at Chandrapara ground in Kokrajhar on Tuesday. An open... 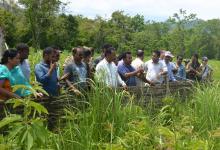 30 May 2017 - 2:40pm | AT Staff Reporter
Eight numbers of Pygmy Hogs (four male and four female) formally restored in the Barnadi Wildlife Sanctuary on May 29 by Khampha Borgayari,Deputy Chief of BTC in presence of Andrew Terry of Durrell...