Amid raging controversy of the Victoria suicide case, police arrested a person in Guwahati accusing him of abetting the Meghalaya woman to commit suicide early this month.
Identified as Manbha Kumar Haijam Syiem, he hails from Laitumkhrah area in Shillong to be was arrested in connection with the case registered at Dispur police station, under Section 306 (abetment to suicide) IPC.
The Hyderabad-based school teacher misbeheaved with her when she met her to be depressed later.
Dispur police picked up her from the International Hospital on July 5 who later hanged herself in the toilet of the police station.

Scientist chat with students in Guwahati

13 Feb 2020 - 8:54am | AT News
Two young scientists Priyanka Das Rajkakati, Angaraj Duara through video conference addressed a group of local students at Guwahati on Tuesday. The event was organised by Women Engi­neers' Forum of... 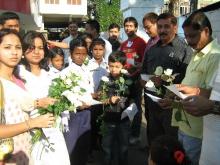 3 Dec 2008 - 11:47am | Ranjan K Baruah
Utthan, a group formed by the youths from different parts of the world after the serial blast in Assam had organized a day long campaign on 30th November in different parts of Guwahati. The members... 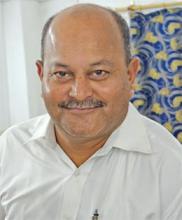