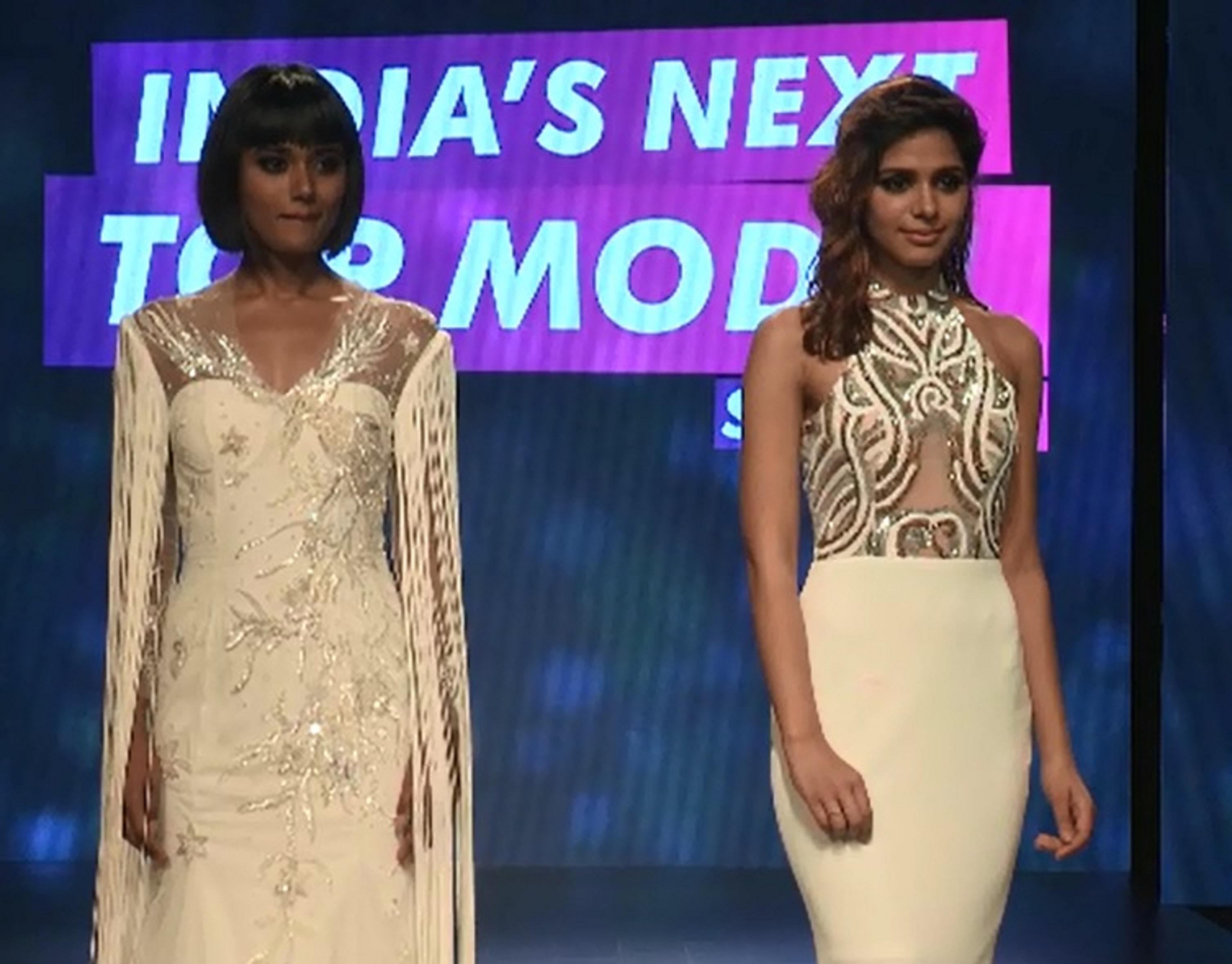 After having garnered much appreciation for its sartorial splendor in India’s best fashion based reality show, ‘India’s Next Top Model 2’ culminated on a high note with Patna girl, Pranati Rai Prakash taking home the coveted title while Jantee Hazarika and Subhamit Banerjee followed her as First and Second runners-up.

The Indian version of the CBS sensation 'America's Next Top Model' created by Tyra Banks was launched in India last year by license holder and producer Bulldog Media & Entertainment. Pranati who was always ready for a new challenge with her lively attitude along with the two finalists, the crazy curly haired firebrand Subhamita Banerjee (Kolkata) and the dusky temptress Jantee Hazarika (Assam) strutted down the runway at the Lakme Fashion Week 2016 for Payal Khandwala’s bridal show on the grand finale. Judges Lisa Haydon and Dabboo Ratnani and mentors- Anusha Dandekar and Neeraj Gaba were particularly impressed by Pranati’s stance and effortless strides on the ramp with her being adjudged the winner.

In the pursuit to find the country’s next supermodel, the show discovered some of India’s freshest talents by industry stalwarts, supermodel Lisa Haydon, ace photographer Dabboo Ratnani, fashionista Anusha Dandekar and grooming expert Neeraj Gaba. The show commenced with 13 new faces vying for the sought-after title and was down to three of them emerging as frontrunners.

Having enamored the judges with her charm, Pranati- the underdog, took everyone by surprise with her drastic evolution during the course of the show.  Pranati won many hearts with her poise and grace and emerged as the ultimate winner by beating Subhamita and Jantee in the grand finale. Along with winning the title, Pranati will also get to model for Livon serum, be a part of a campaign for www.abof.com, a one- year modeling contract with Bling Entertainment and Marketing Solutions, jewelry from P.C. Jewelers and an opportunity to feature in Cosmopolitan, fashion partner India’s Next Top Model 2.

Excited to win India’s Next Top Model 2, Pranati Rai Prakash said, “Life is a fantasy that I've been creating constantly. Winning India’s Next Top Model 2 is one of the greatest rewards I could have achieved for myself...for all the efforts that I have put into developing my skills not just as a model but as a personality that I am today. I am overwhelmed by the support and love that I've received from all over and am extremely thankful to INTM for being such a wonderful platform that helped me explore my talents every minute, be it accomplishing tough challenges or keeping up with my poise in the most stressed of moments. The show has helped me not only represent myself but also got my state, Bihar noticed in the modelling arena and I hope to carry the title of 'India's Next Top Model' to the best of my potential.”

8 Dec 2017 - 8:40pm | Nikhil Mundra
HOJAI:Normal life in Hojai town remained totally disrupted on Friday following the 12 hour bandh call in protest against a flyover that triggers controversy in the nook and corner of the town. Very...