Noted space scientist Dr Jitendranath Goswami and eminent litterateur and lyricst Eli Ahmed fetched no less pride to Assam with Padma award. The Centre announced the covered civil award for the duo on the eve of the Republic Day on Wednesday. Former Lok Sabha Speaker and NPP founder PA Sangma is the recipient of Padma Vivushan award. Sangma, the strong Garo man who died last year is the first in the north eastern region to have received the country’s second top civilian award.

26 Apr 2014 - 3:31pm | AT News
Police have picked up six polling officials deployed at Bornijora booth in North Guwahati where a VDP member pressed the EVM button on behalf of a section of electorates in full view of them on... 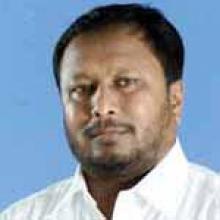 14 Dec 2007 - 1:43am | editor
Asom Gana Parishad MLA, from Sootea, Padma Hazarika was shot by some unidentified miscreants in his home town on Thursday night. Further, the miscreants set on fire his vehicle.According to...

29 Apr 2013 - 8:46pm | Peter Alex Todd
Chief Minister Tarun Gogogi made it clear at a press conferece in Guwhati, that no money will be refunded to those who had lost their savings in the Sardha Group or any other. “Where will the...