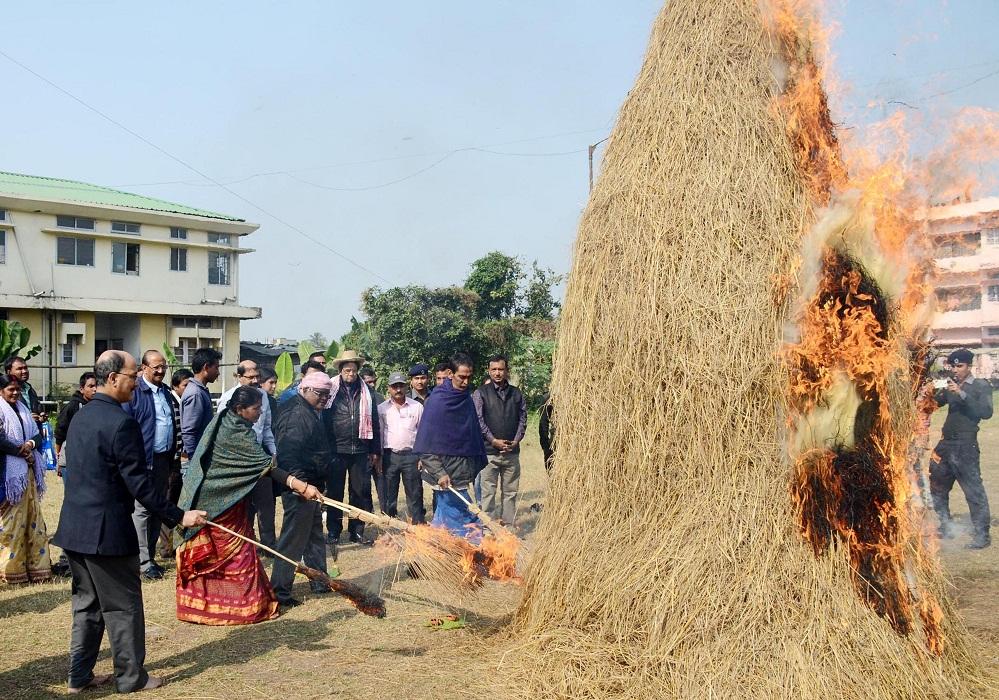 Assam Governor Banwarilal Purohit greeted the people on the occasion of the Magh Bihu.

In his message on Friday, he said Bihu symbolises the spirit of integrity, brotherhood and camaraderie among all irrespective of caste, creed, religion or language which epitomises the highest example of unity amid diversity.

Chief Minister Sarbananda Sonowal, his ministerial colleagues and various parties and organizations have wished the people on the occasion.

Bamboo Mejis are shining with dried leaves and hay by the people irrespective of caste, creed and language where they together cook for the feast.

The Mejis are burning amid chanting of prayers marking the end of all evil for a new positive beginning and good harvest for the next year.

18 Jul 2014 - 10:15pm | Hantigiri Narzary
BTC Deputy Chief and BPF spokesman Kampa Borgoyary said that he would move the court against AIUDF leader and MLA including Serman Ali alleging involvement in the recent string of incidents in...

NDFB sticks to the gun for Bodoland demand

4 Oct 2008 - 4:10pm | editor
The National Democratic Front of Bodoland is stick to the demand for a separate Bodoland if general secretary of the Bodo outfit Govinda Basumatary is to be believed.Talking to a private TV news...