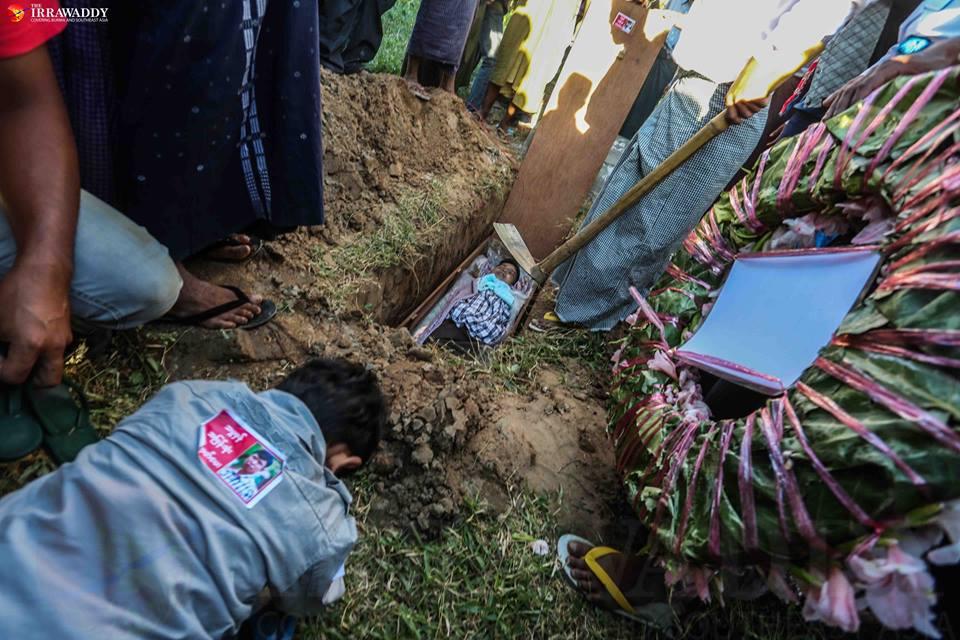 Journalists’ Forum Assam (JFA), while appreciating the Myanmar police for arresting three persons suspecting their role in the murder of Ko Soe Moe Tun on the night of 12 December last, urged the authority for stringent action against the culprits. The northeast India based scribe’s forum argued that killing a journalist because of his reporting on environmental issues must be dealt with utmost seriousness as it is against the Mother Nature.

It may be mentioned that the Sagaing region based Burmese journalist was targeted by the goons for his extensive investigation & coverage over the wood smuggling, illegal logging and mining in northwest Myanmar. The reporter, engaged with Daily Eleven newspaper, also recently posted in his facebook account some details about the people involved with illegal timber trades in his locality.

Myanmar, which possesses some of the most important biodiversity areas in the world, also faces massive deforestations because of its prized teak wood and other wildlife. The Northeast bordering country has lost two million hectares of its virgin forest cover to illegal logging. The destruction of forests implicated in rare wildlife species, including snub-nosed monkeys.

Soe Moe Tun (35) left behind his young wife (Daw Khin Cho Latt) and a minor son. The family source claimed that he was popular in his locality with no enmity to anyone. Hence, they believe that he was killed because of his works and urged for a proper enquiry to identify the killers.

Myanmar, which has recently adopted a multi-party democracy after decades of military rule, is yet to improve the safety & security scenario for working journalists. The idea of freedom of the press remains very new in the southeast Asian nation, which is still identified as one of the most censored countries in the globe. According to the New York based Committee to Protect Journalists (CPJ), since 1999 at least five reporters had been murdered in Myanmar with impunity. Earlier the country lost Aung Kyaw Naing (also known as Ko Par Gyi in 2014), Kenji Nagai (2007), Hla Han & Tha Win (1999) to assailants. The CPJ also urged the authority to punch the perpetrators under the law.

Myanmar Journalists Association (MJA), International Federation of Journalists (IFJ), Reporters Sans Frontier (RSF) etc deplored the murder of Soe and demanded actions against the criminals. Myanmar Journalist Network (MJN), while condoling over the demise of Soe Moe Tun, revealed that the young scribe used to write regularly on conservation issues and also received threats from the illegal logging traders prior to his death.

“The murder of Soe must be probed thoroughly to identify the actual killers for appropriate punishment,” commented JFA president Rupam Barua and secretary Nava Thakuria adding that Nobel laureate Aung San Suu Kyi, who has been virtually leading the government in NayPieTaw, should intervene in the matter and help the victim family to get justice on time.

5 Dec 2014 - 10:42pm | AT News
A major explosion averted in Karbi Anglong when police seized a huge quantity of explosives from a passenger bus on Friday. These include 1,720 gelatin sticks.According to SP Mukdhya Jyoti Mahanta,...

13 Dec 2020 - 9:52am | AT Kokrajhar Bureau
Kokrajhar: The political landscape is set to undergo a sea change 5months ahead of assembly polls. UPPL and BJP are set to form BTC since BPF has failed to reach the magic mark of 21 in the polls...

18 Aug 2017 - 8:54am | Akshaya Pranab Kalita
The Namrup Lalpaguri Ghat Bridge over the river Disang has been in a bad shape causing immense suffering for the commuters. The temporary bridge is the sole route  for the people of  ...