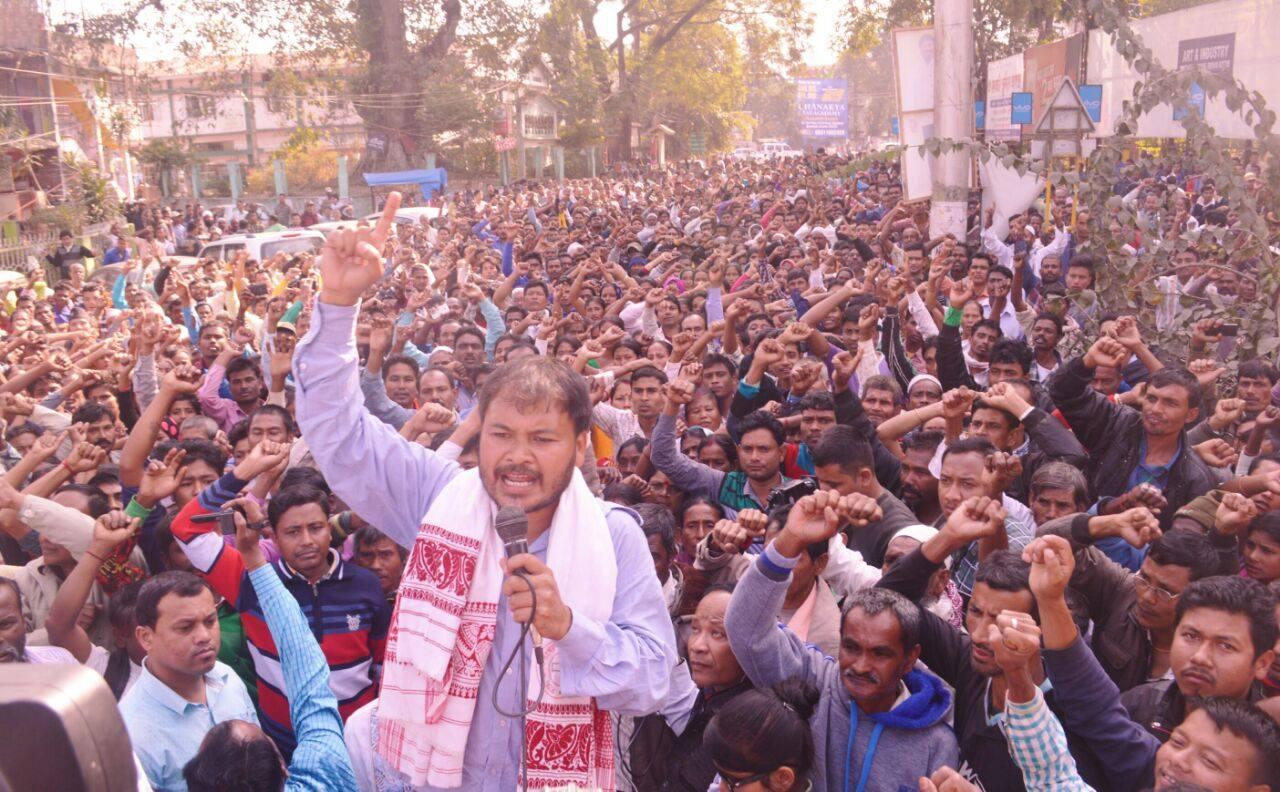 The uncertainty is over. Akhil Gogoi walked out of the jail on Monday much to the delights of thousands of his friends after the Gauhati High Court granted him bail in an old and complicated case.

His friends and well wishers in large numbers received him in the morning as the peasant leader walked out of the jail almost two months after he was thrown into it.

He was sent to jail initially in the Kaiziranga shoot out case where two villagers were killed they took out a huge protest led by Gogoi opposing the eviction drive.

Immediately after he procured bail in this case police arrested him in connection with a three year old case pending against him in Lakhimpur police station. The High Court granted him bail enabling him to walk under the open sky.