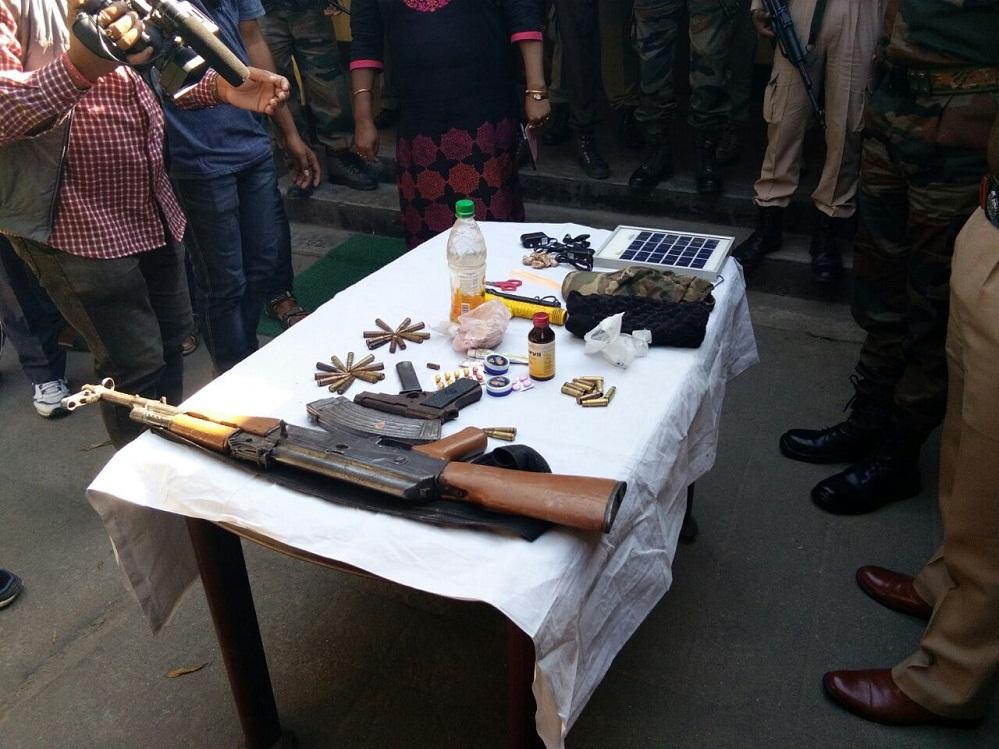 Two Myanmar trained NDFB(S) cadres killed at an encounter with security forces at Oxiguri area under Gossaigaon PS early this morning and recovered arms and ammunitions in Kokrajhar district. Police claimed that the militant outfit has been suffered a serious setback in the aftermath of the operations both in numbers and morale.

Additional Director General of Police(BTAD) Dr LR Bishnoi while addressing the reporters at SP office in Kokrajhar told that based on specific information regarding movement of NDFB (S) cadres with weapons, a joint operation was launched by Kokrajhar Police,Indian Army and CRPF Cobra battlaion in general area of Ride No.5 of Oxiguri since late last evening. The joint operational team reached the general area and laid multiple ambushes along the area. On receipt of further confirmed information about presence of cadres, the joint operational team relocated to Ride No 4 & Ride No 5 and established multiple ambushes. At approx 8.30 pm last night the ambush parties observed suspicious movements and opened fire at the suspected terrorist group. The terrorists resorted to the retaliatory fire in the thick jungles. The area and the nearby villages near the incident site were quickly cordoned off and stops were placed at nalas and tracks leading out from the incident area. The search of the general area commenced and during search two bullet injured persons NDFB(S) cadres were found dead and recovered arms and ammunition from the area.

He said that slain cadres were identified as Gaorao Narzary and Rongjasula Basumatary,42nd batch cadre of militant and Myanmar military trained active cadres.The cadres are bound to supply to G Bidai,NDFB(S) leaders,which are included foods,items of camps,medicines etc to the deep jungles in the Indo-Bhutan border areas,Bishnoi said.The police and security forces have been taking stern measures against militant outfits in the area.

He has claimed that NDFB(S) has met set back of organisational strength with this encounter because killed two were active involved with organisational works besides collecting money,extortion in the region. The militant outfit has been suffered a serious setback in the aftermath of the operations both in numbers and morale. The success is owed to sustained and coordinated efforts of security forces.

6 Oct 2015 - 7:34pm | Siddhartha Handique
A huge Muslim organization in Golaghat district on Tuesday slammed Ramen Deka a day after the BJP MLA criticized the Muslim intellectuals for not raising voice of protest against the recovery of beef...

19 Feb 2011 - 11:54am | Aiyushman Dutta
Rock outfits of the country, especially the Northeast, have long had to grapple with the lack of opportunities – be it a platform to showcase their abilities or a medium through which they can...

12 Nov 2008 - 2:35pm | editor
Its confirm. Both NDFB and ULFA were behind the serial blast that rocked the state on Octobe 30 in Assam with a toll of 84 people.An official statement of the Assam government has made it plain that...