Train services along north eastern frontier railway was disrupted for five hours due to rail blockade at Kokrajhar station on Monday called by Adivasi National Convention Comommittee. However, blockade has lifted after 5 hours after getting assurance from government to hold tripartite peace talk on December 23 next over the issue and problems of Adivasis.

Thousands of Adivasis thronged the rail track since 6 am to blockade shoured slogans demanding early solution of issue and demands of various grivances, which included granting of ST status, solve problems of Adivasi ceasefire outfits issues, allot land pattas to the Adivasisis. The blockade was lifted by 11 am after 5 hours as government gave assurance to hold peace talk. The ANCC submitted a memorandum to PM and Chief Minister through Kokrajhar DC seeking early solution of Adivasi issues.

Birshing Munda,commander in chief of Birsa Munda commando fidce and ANCC leader told that the blockade was lifted by 11 am as government promised to hold peace talk on December 23 in Guwahati.He said that we respect the invitation from govt and lifts our agitation for the day after 5 hours. He expresses his hopeful that government will give final shape of the issue and demands on that talk. He also warn to take vigorous movement if their demand and issues are not meet by January next.

PremHasda, AASAA leader and Ambrit Beck, ANLA leader said that government has been delayed to solve issue and problems of the Adivasisis. They said that the agitation would be continued in the state if their demand and issues are not meet by January next.

'Strong vigorous movement would be launched by February of their demands are not solved', the ANCC leaders said.

Bibekananda Choudhury, Kokrajhar DC said that government has kept promised to hold tripartite talk in Guwahati on December 23 next. Agitated groups submitted a memorandum to the PM, CM over the issue and problems, Choudhury said.

26 Dec 2011 - 2:48pm | Daya Nath Singh
Assam Government has given a work order for construction of a ropeway project over Urvashi river Island to M/s Samir Damodar Ropeway Pvt Ltd; who have constructed four big size RCC pillars in the... 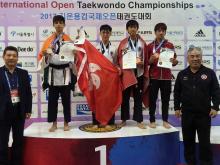