Sensation prevailed along Maibong Nwgwr in Kokrajhar after recovery death body of a maid servant that was found suicide hanging from ventilator at a House of Maikel Daimary, personel secretary of BTC chief Hagrama Mohilary.

Police recovered the body hanging from ventilator of the building of Maikel Daimary yesterday evening by 6.30 pm in Kokrajhar town. She was identified as Anjoli Tudu (15) hailed from Deepukumguri village near Kashikotra of Chirang district.

Maikel Daimary said that Anjoli found committed suicide yesterday evening at her room hanging from ventilator of the house while there was no men in the house. He said he and his wife were on the tuestions of daughters in the evening by 6.30 pm and noticed incident by returned the house. He immediately intimate to the police about incident, besides lodged an FIR with police into incident. He said that girl has been living in his house as maid servant since three months back, but yesterday found suicide .

Family members of Anjoli rushed the Kokrajhar PS and took stock about incident. Solma Hembrom, mother and Lakhiram Tudu, father of Anjoli told that their daughter was at the house of Daimary since three months in Kokrajhar. They got information about incident by 7 pm yesterday evening. They said that they don't know properly reasons of the suicide their daughter in her owner's house. They expressed shock over incident.

‘Investigation is on into incident’,said a senior police officer.

Curfew in Golaghat; 3 killed in firing

20 Aug 2014 - 4:38pm | AT News
Yet another place in Golaghat turned into a battle field on Wednesday a after the Rangajan tragedy. Three people were killed and at least 30 others sustained injury when security forces... 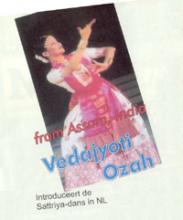 Sattriya Dance presented for the first time in the Netherlands

29 Jul 2007 - 6:42am | editor
Milan : During the opening of 23rd Milan Festival in The Hague, on Friday, 23rd July 2007, Vedajoyti Ozah, a young talented dancer from Assam with extensive performance experience both in and outside...