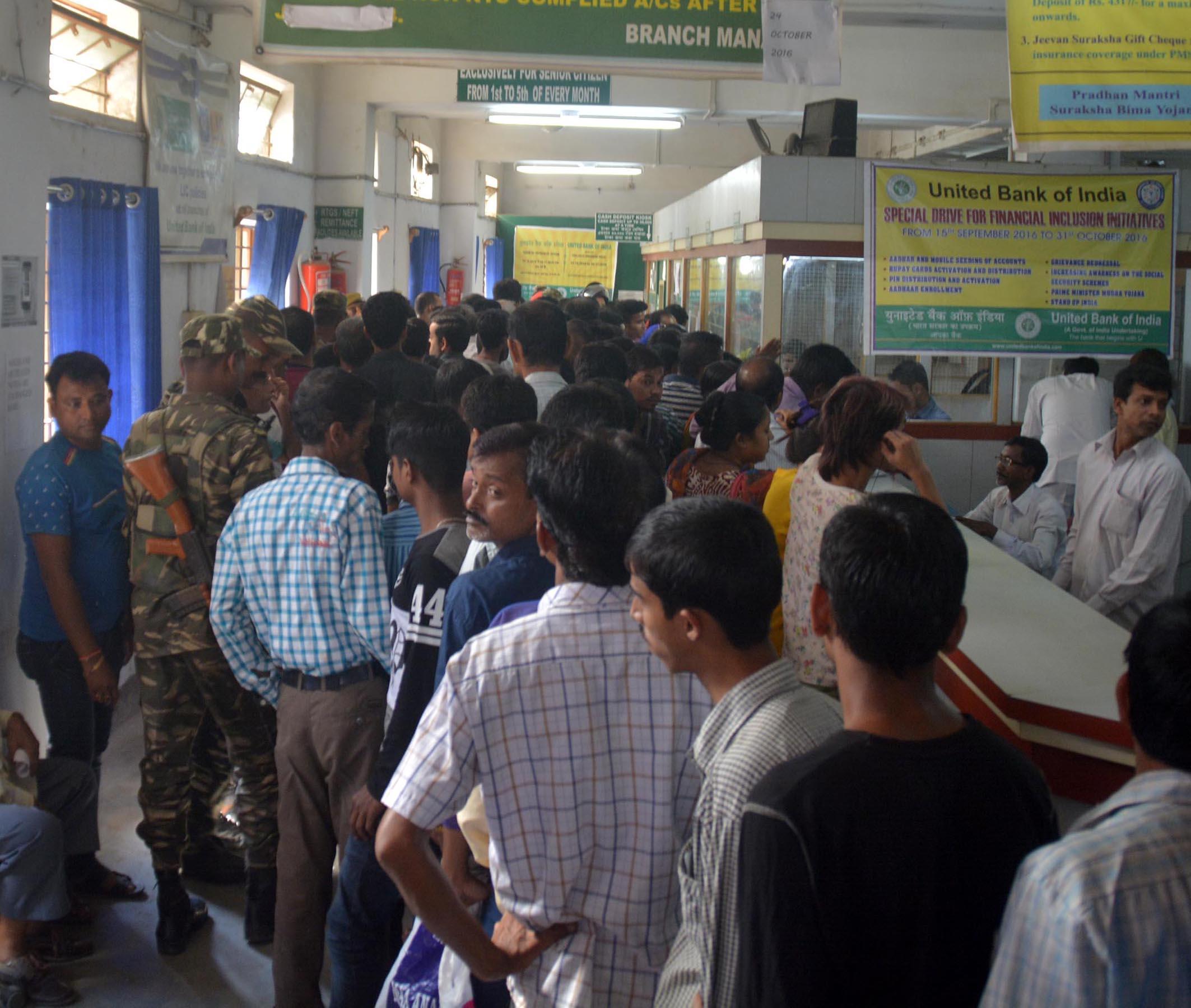 All banks across Assam along with the other parts of the country are heavily busy with responding to the customers who have been making long queue to change the Rs 500 and Rs 1000 demoninatios following the RBI directives.

Customers thronged in thousands in the bank premises from early in the morning to get their demonitions changed from Thursday. In many places the bank officials found it difficult to function normally in the face of the irate customers who clashed with each other.

“We are busy with the task of changing the demonitions. We have to complete it within a next couple of days. But we find it difficult. A section of the customers lacks patience and have clashed with each other disrupting the normal functionings,” said a SBI official in Dispur.

Bank officials in many places have deployed security forces to bring the situation under control.

Notably, the Reserve Bank of India has asked the customers to get their Rs 500 and Rs 1000 demoniations changed by December 30.

1 May 2016 - 6:50pm | Shajid Khan
A major fire ravaged four shops at Bhergaon charali on Saturday afternoon. While no one was injured, the damage to property was huge. The fire broke out at R.K Hardware store at around 8.20 p.m. It...