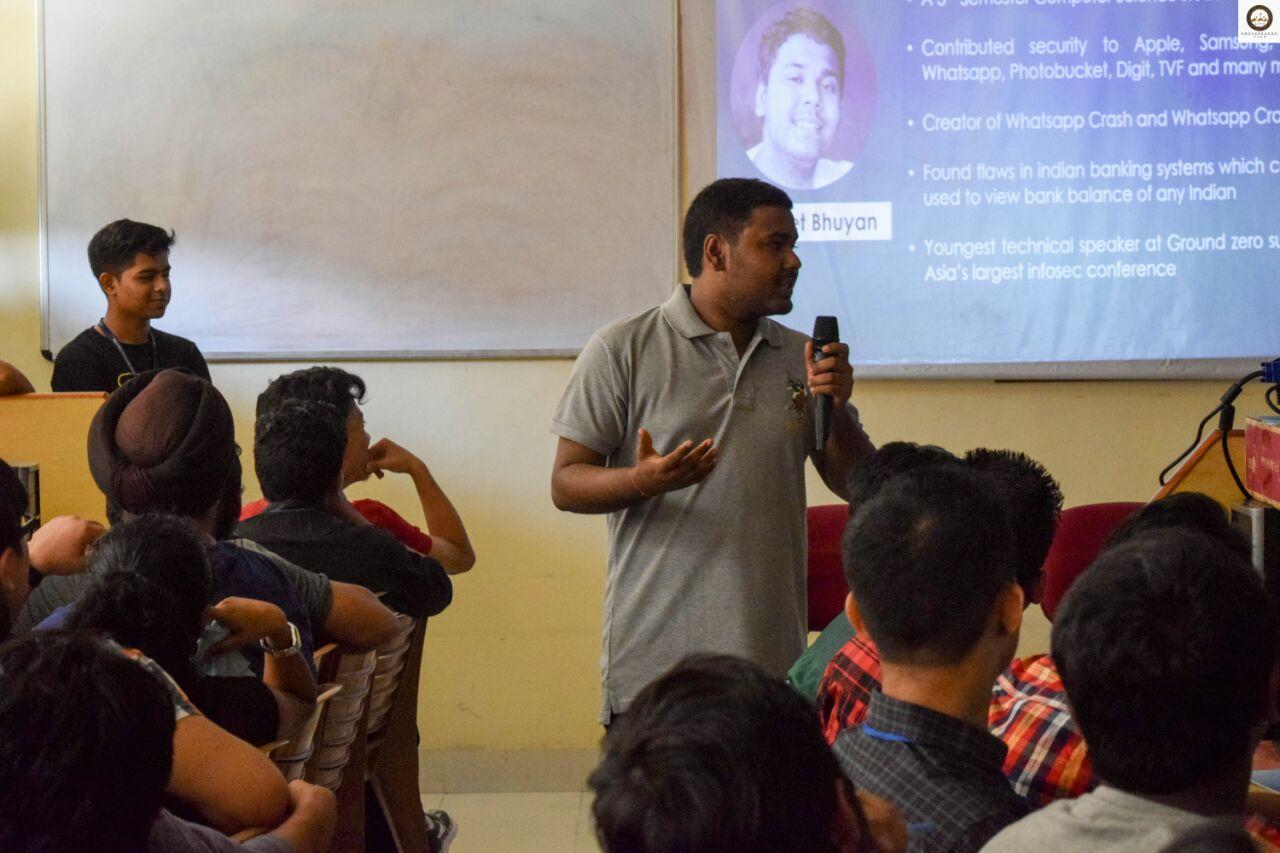 A cyber security expert B. Tech student teamed up with a cyber security analyst to conduct a two day workshop on ethical hacking, 15-16 October.
The department of Computer Science & Engineering and Information Technology of Assam Don Bosco University (ADBU) organised the two day event christened BoscoHack -2016 at its Azara campus.
The resource persons were, Mr Lakshya Jyoti Borah, co-founder and chief technology officer of Gratia Technology Private Ltd and Mr Indrajeet Bhuyan, a 2nd year ADBU B. Tech student.
“It was really a good experience to be able to teach more than 120 students from different institutions of the region and outside,” says Mr Indrajeet Bhuyan who developed smallest possible code in the world (2kb) which could crash Whatsapp.

Bhuyan says, “Our workshop on ethical hacking and cyber security was different from other workshops as we mainly focused on giving hands in session rather than just theoretical knowledge. And latest case studies were covered.”

He further explained saying, “Young minds are always tempted towards hacking so it is necessary to give them a proper direction explaining the good side of this field so that they understand the importance of security and understand the responsibility before misusing it.”
Golaghat based cyber security trainer Mr Lakshya Jyoti Borah says enthusiastically, “As a trainer of the workshop BoscoHack-2016, was a nice step taken by ADBU for the up lift of the knowledge of cyber security by providing such a platform for the students.”

Mr Borah has trained more than 4,000 students and even government officials in the various prestigious colleges and universities of Assam.
The event was sponsored by Github, Cybrary, Skillshare and HackerRank.

“We plan to conduct many such workshops in the future and help the students of north-east and the rest of India in building a better future for themselves and the country,” adds Dr Jayanta.
The Computer Science Engineering students managed the event under the guidance of faculty members Thoudam Johson and Rupam Kumar.

4 Jun 2016 - 7:01pm | Shajid Khan
Amid growing incidents of statewide men-elephant conflict, yet another full grown elephant died of electrocution in Udlaguri district sending shockwaves among the nature lovers. The shocking...