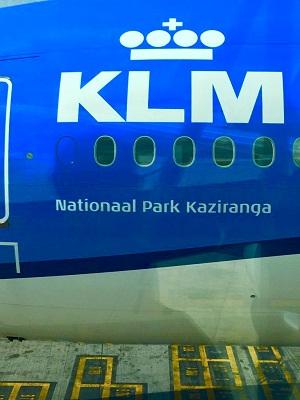 Kaziranga has added a new feature on its cap when the famed abode of one horn rhino found place in KLM flight.

In a major boost to Assam’s tourism front, Boeing 777-300ER belonging to KLM Royal Dutch Airlines has added PH-BVO named after the Kaziranga National Park which flies in between New York & Amsterdam.

Talking to Assam Times in Guwahati, People's Science activist, science writer and environmental activist Mowsam Hazarika said that it was a part of a campaign to spread awareness.

In his tweet, Hazarika said, "We feel proud see the name of 'Kaziranga National Park' in one of your KLM flight. Thank you so much KLM . It will promote tourism of Assam."

3 Jun 2020 - 10:15pm | AT News
KOKRAJHAR: Saloon workers in Kokrajhar town staged a protest in support of demanding financial assistance from government, PPE kit, medical supports during the ongoing lockdown. They warned to go...