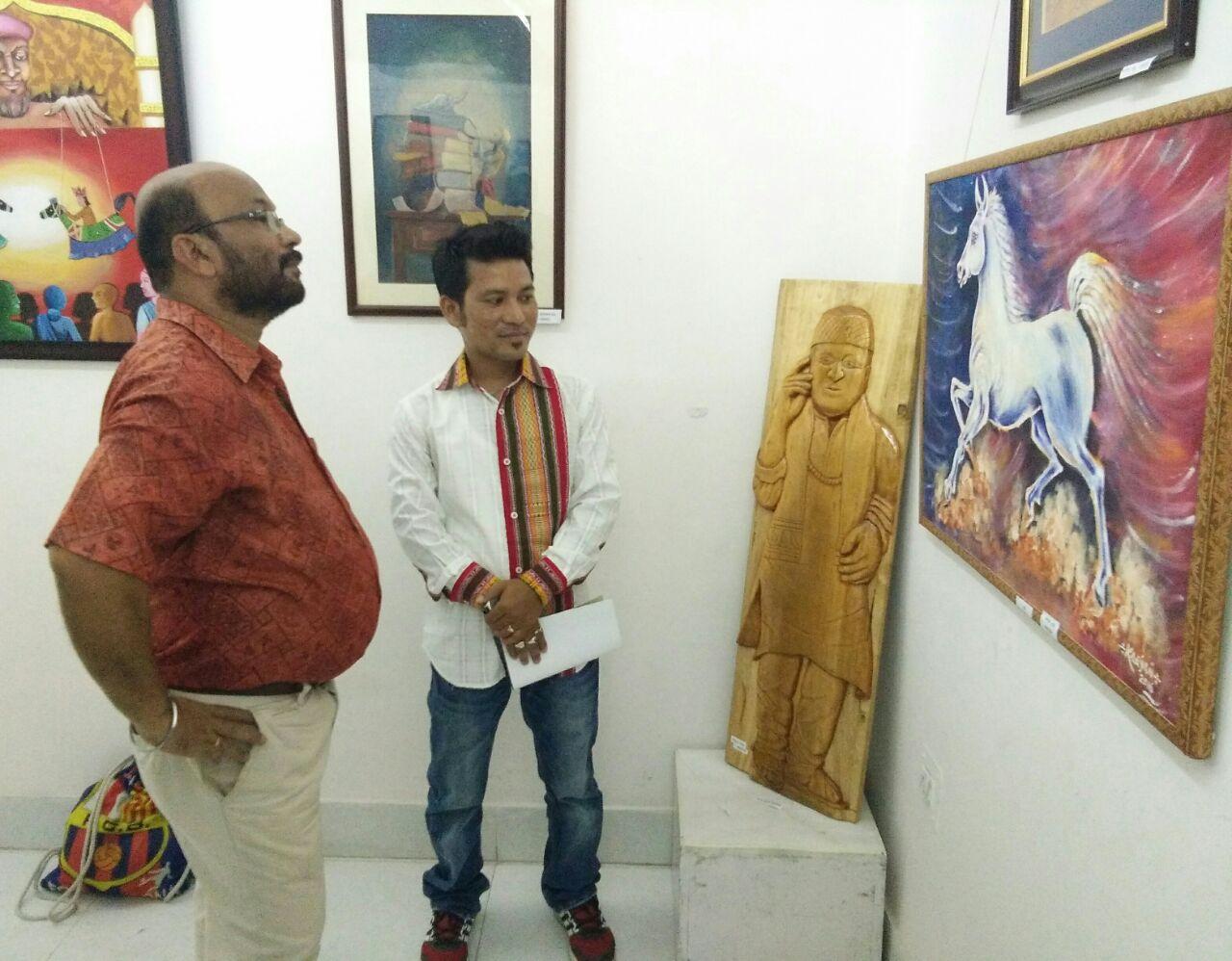 An  exhibition of "painting and sculpture" titled "SRISHTI" has been  organised by Gati Asom an organisation for art and literature from September 29 to October 2  at the State Art Gallery Guwahati. The exhibition was inaugurated by  Pulak Gogoi and opened by  Atul Baruah. As many as 30 artists from different corners of the state took part in the exhibition including Suprabha Nath, Kalyan Rabha (Bhergaon), Jogindra Singh (Kaliabor), Ratul Borah (Namrup), Kiranjyoti Hazarika, Harikrishna Das (Tinisukia), Himangshu J Acharjya (Mazbat), Samujjal Pratim Borah (Chabua), Soumitra Dutta and Bapdhan Kalita (Tezpur) among others .

Noted Cartoonist Champak Borborah  and artist Nripen Kalita and Anubhav Parashar, the Secretary of Gati Asom were also present on the occasion.

28 Apr 2022 - 5:19pm | AT News
Guwahati: The United Liberation Front of Asom (ULFA-I) has alleged a nefarious conspiracy by police and the army to crush their spine, engaging a section of youths who were dispatched to the...

30 Jul 2008 - 3:36am | Nanda Kirati Dewan
A public rally was organized today protesting against increment of terrorist activities in Assam in aegis of All Assam Gorkha Students' Union in the streets of Tezpur the district headquarter of...