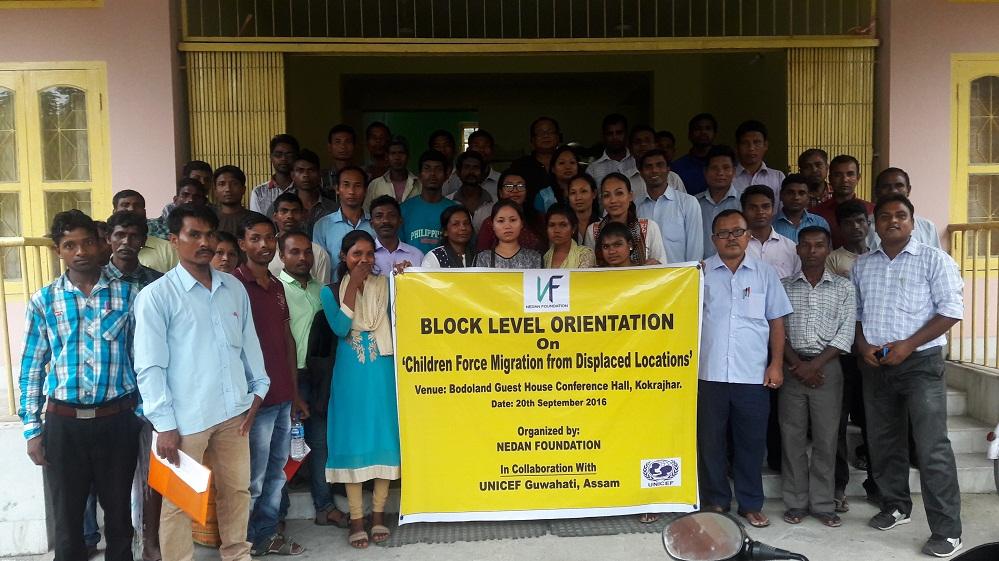 A block level orientation was organized with duty bearers on the issue of children force migration due to non accessibility to education and child protection in un-serve areas at PWD Guest House in Kokrajhar on Tuesday.

He said that present situation of the children force migration due to non accessibility of education and child protection in un-serve areas. Narzary also stated that mechanism and maintenance.

According to the survey,Kokrajhar is the highest child trafficking hub in the state due to non accessibility of education in and conflict or displacement in un-serve areas. Recently honorable Supreme Court has declared people living illegally in encroacher village without any alternative.

Sambrat Brahma,BEEO, Dotma block spoke about Role of SSA in un-serve areas. Under SSA two type of education implement formal and non formal education. In formal education all the school teaching system includes. Amarsing Brahma,BEEO of Kachugaon block also spoke about force Migration of children from Kokrajhar and Role of SSA to prevent force Migration. The demand should come from public regarding the issues faced by children and community.

Moloya Deka,chairperson of CWC,Kokrajhar has also stated schemes related to children welfare and sustainability. She also added that the schemes like ICDS should function well and effective for the children.

It is to be noted that the Nedan Foundation, a Kokrajhar based NGO has been working with Children’s who need immediate care and support in Kokrajhar district.

28 Mar 2022 - 11:37am | AT News
Dhemaji: Arunachal Police have picked up a renowned artist in northern Assam for his painting work opposing the controversial NHPC-owned mega dam in Gerukamukh. Popularly known as Nilim Mahanta,...

5 May 2014 - 9:40pm | Hantigiri Narzary
All Bodo Students’ Union (ABSU) opposes the rises the matter of legal arms to the public of BTAD where the minority people were raised for their security.Promod Boro, president of the ABSU said the...