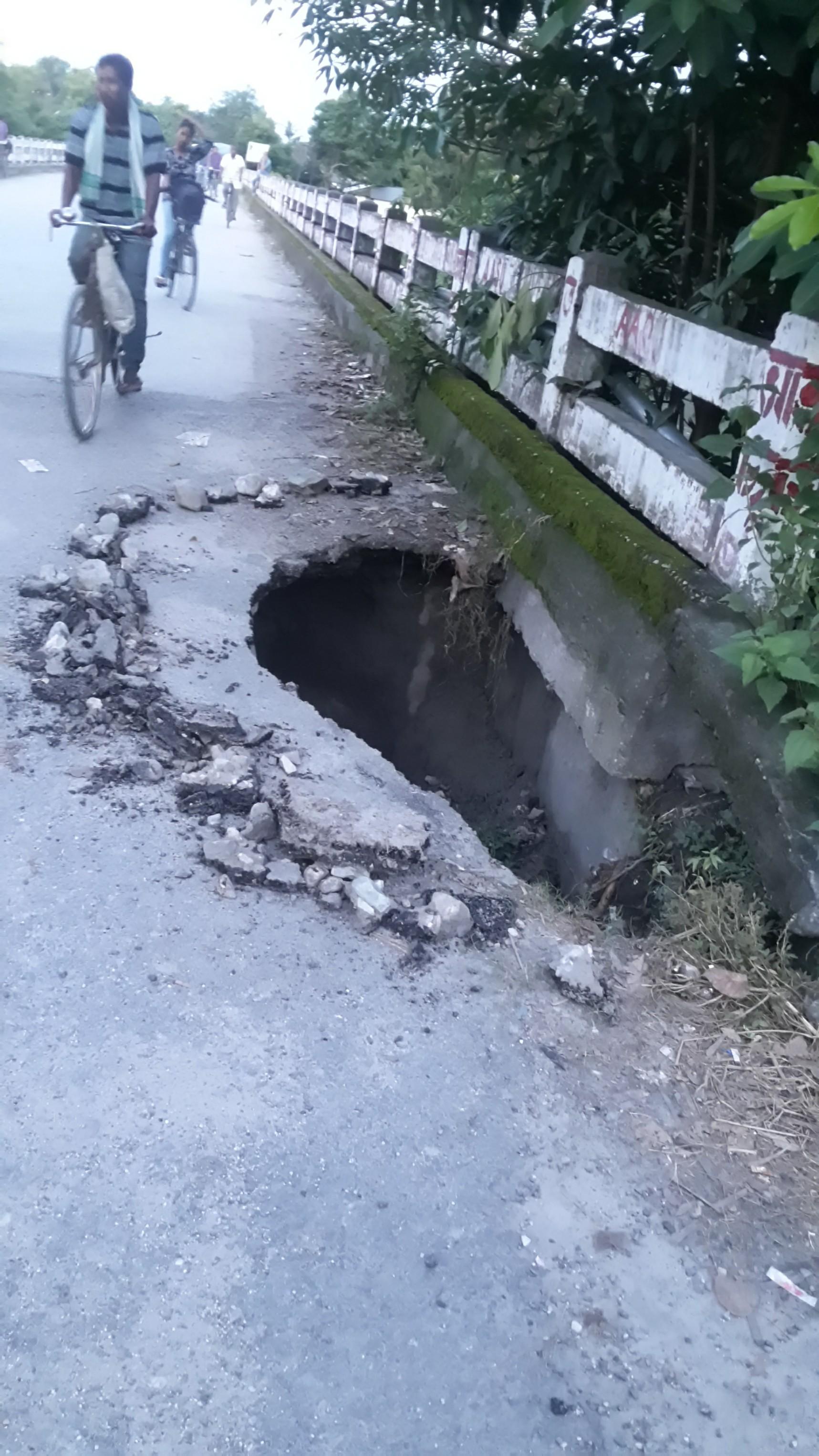 The emergence of a massive death trap in the important road bridge over Nonai river of Tangla over the Tangla-Bhergaon road have  raised concerns of the local populace of greater Tangla area.  What is more shocking and bizzare is  that even after two days of emergence of the death trap it has not even come to notice of PWD Road authorities making it more vulnerable to major accidents. "The death trap is lying naked posing serious threat without any warning signs or safety of commuters" said,Jitu Pathak a college student .

The bridge is reportedly  facing threat owing to the sand-mining-induced erosion of sand from the close vicinity of its piers.

The bridge is one of the most important bridges of the town as  large number of commuters specially school children,traders and others cross it on a daily basis. To avert major accident the local people have exhorted the authorities concerned to take first hand measures and repair the death trap immediately.

30 May 2007 - 5:30am | editor
Indian economy is on robust growth trajectory, growing at around 8% for last five years. Manufacturing, Power, Metals and Automobiles are all growing. Global companies are capitalizing on this growth...

Protesters hurt in clash with police in Maibang

25 Jan 2018 - 6:50pm | AT News
HAFLONG: Two persons are battling with dealth at Gauhati Medical College along with nine others when security forces sprang upon a crowd of people as they blocked the rail tracks on Thursday at... 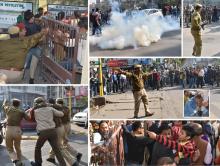