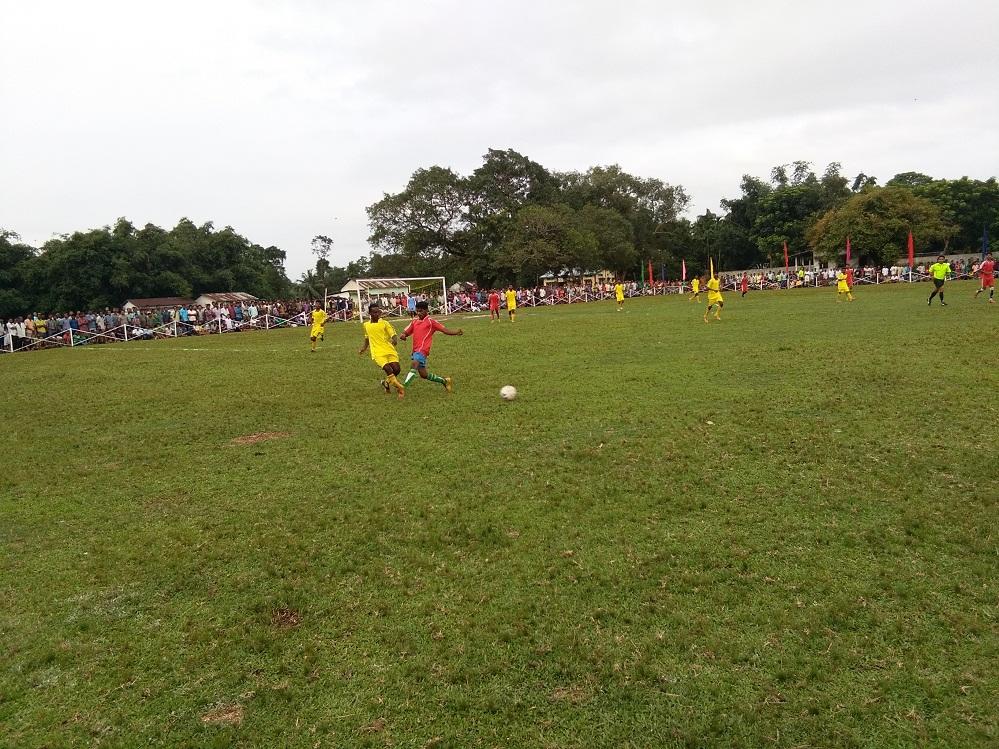 Chef Minister’s Cup Inter Tea Garden football championship for Kokrajhar zonal has been kicked off from Friday at Magurmari ground in Kokrajhar district.

A total of 10 teams from Kokrajhar,Chirang,Bongaigaon and Goalpara districts are participating the championship. Final match of the zonal would be held on September 16 next and championship team be sent for inter zonal championship.

Rabiram Narzary, MLA Kokrajhar west and chairman of organizing committee told that the championship has been organized to haunt sports talents among tea gardens across the state. The government has been stressing to uplift sporting arena so that tea estates’ youths be come forward to the sports field, Narzary added.

5 Mar 2015 - 9:47pm | AT Political Bureau
Assam’s political landscape is set to undergo a major change if the hectic political confabulations are any indication a year ahead of the assembly polls.The Opposition Asom Gana Parishad is more or...

14 Feb 2018 - 4:24pm | AT News
MARCUS KANYAK KOHIMA: Amid the electioneering heat and dust  three top CMO officials in Nagaland feel the heat of extortion charges. The trio is facing NIA interrogation in Guwahati on...