In a major breakthrough, security forces apprehended five persons, including two militant cadres at different places within 24 hours in operations in Kokrajhar district of lower Assam.

Shyamal Prasad Saikia, Kokrajhar SP while addressing reporters at a Press Conference held at SP office on Wednesday said police administration has been taking stern action against militant and anti social activities. Saikia said that security forces police, CRPF cobra battalion arrested a cadre of KLO from Chautara under Gossaigaon PS on Tuesday during a search operation against militant outfit. The arrested was identified as Sanjit Chandra Barman of Chautara village. Two hand grenades were recovered from him. Based on information regarding movement of NSLA cadre, a NSLA cadre identified as Anjoy Murmu was arrested from Mornoi tea estate in Gossaigaon subdivision.

In yet another operation conducted by Kokrajhar police along with Jagiroad police, two vehicle thieves were arrested along with a stolen Bolero vehicle from Jagiroad. He said,the two were identified as Muslim Sheikh of Fakirganj in Dhubri and Abdul Kasim of Howly Joupur in Barpeta. The two tried to ferry the stolen Bolero vehicle to Dimapur in Nagaland. The vehicle was hired from Kokrajhar town on the pretext of going o Guwahati.

The two later gave a sleeping tablet to the driver and left him at Chaygaon in Kamrup in unconscious state. The vehicle was found through the GPS in the vehicle. The two confessed of committing the crime saying that they usually lifts vehicle and sell it to buyers in Dimapur,Saikia said.

In another separate incident, ATM thief identified as Biju Singh of Pandu(ward no-7, near CRPF camp), Guwahati was arrested from Kokrajhar town near Assam Oil depot yesterday. & stolen ATM card were found from his possession. Singh, who originally hail from Uttar Pradesh, confessed of stealing ATM cards along with one Chintu Ali, also of Guwahati. It was a successful of police administration in the district during 24 hours, Saikia added. 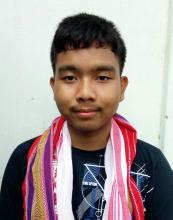