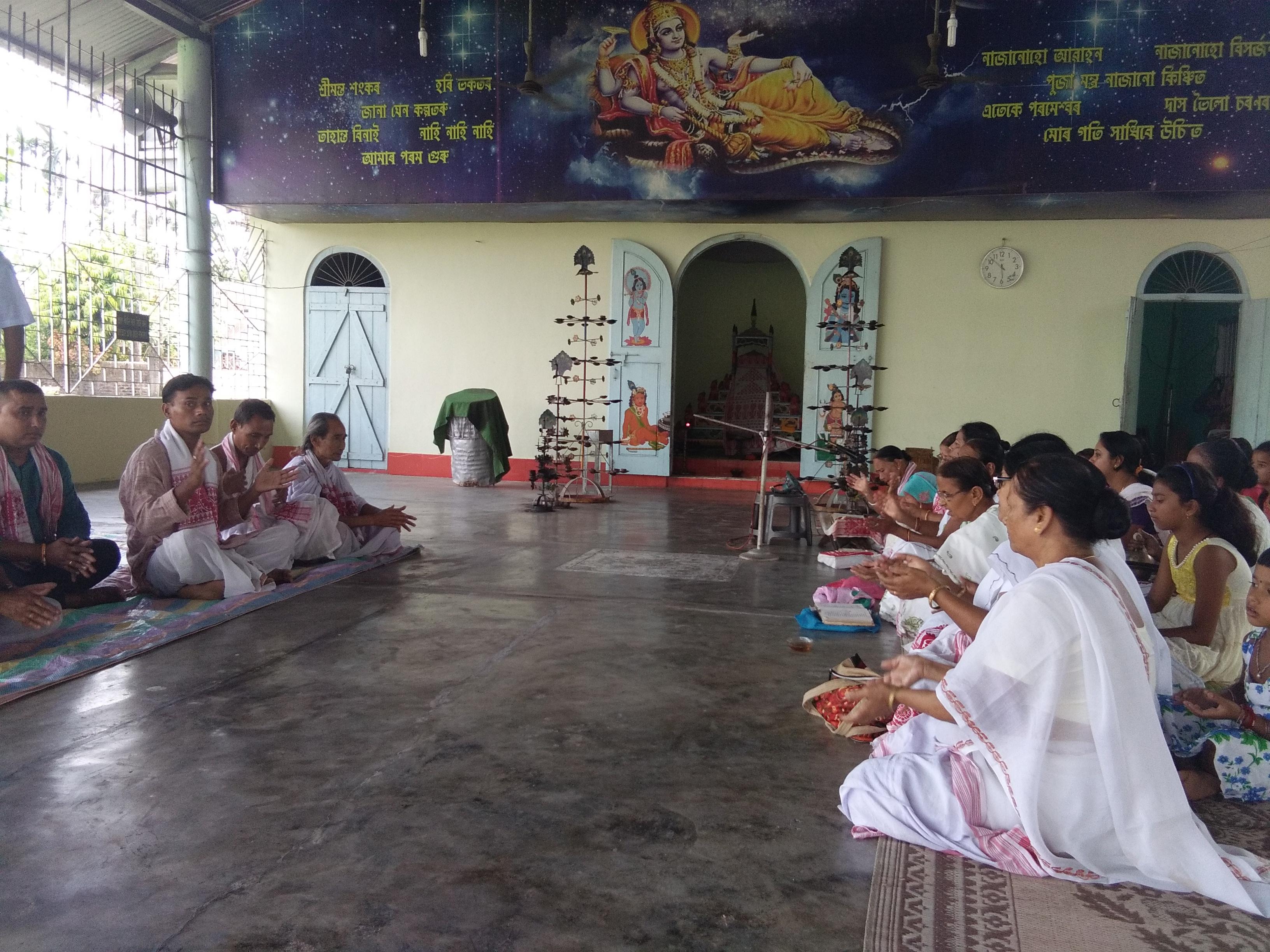 ‘We offered Nam Prasangha to Madhab Dev,Gurujana to seek blessing peace and harmony among all sections of communities in the region.We prayed for restoration of peace and unity in the society’, said devotees.

“Along with rest of the state,Madhabdev Tithi was observed at Kokrajhar to offer Nam Prasangha and prayers. We recalled Gurujana Madhab Dev,who dedicated his life for bringing welfare society in the state. We hope peace and integration would be restored through offering prayers”,a organizer on the occasion.

15 Sep 2016 - 8:21pm | AT News
Security forces claimed to have captured a dreaded Adivasi rebel in Karbi Anglong district on Thursday. Identified as Binod Gowla, the self-styled deputy C-in-C was caught along with one of his...