‘Evening with a Doctor’ program launched at Guwahati Press Club 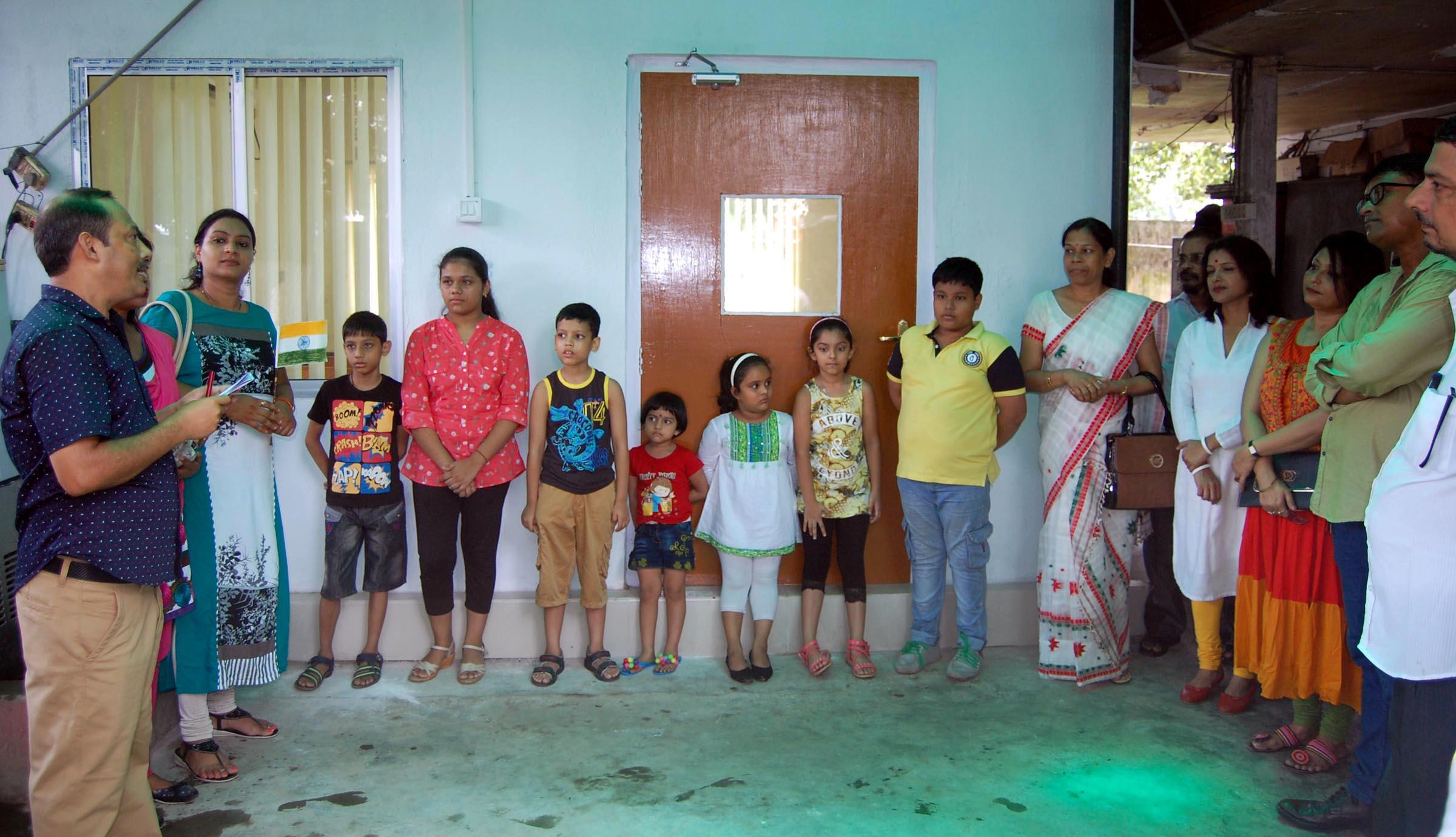 Emphasizing on preventive healthcare initiatives for mediapersons along with their close relatives, Guwahati Press Club has initiated a special programme titled ‘Evening with a doctor’ at the press club premises on every Saturday evening.

The first program of the series begins on 20 August 2016, where Dr Kashyap Kr Das (Department of Medicine, Dispur Hospitals) is attending the OPD clinic for providing free consultations on healthcare issues to the participants. They also get the chance to check their blood pressure during the period.

It may be mentioned that Assam’s well known Dispur Hospitals Pvt Ltd under the leadership of Dr Jayanta Bardoloi took the initiative to raise a doctor’s chamber at the press club premises, which was inaugurated by young citizens namely Dhiman, Kristi, Shantanava, Arya, Shambhavi, Nistha and Arunava on 15 August, on the occasion of 70th Independence Day.

The weekly program (5 pm to 8 pm) will be graced by practicing doctors from different departments representing government and private hospitals of northeast India. Besides personal healthcares, the initiative is expected to help the scribes to understand various aspects of healthcare in a better way that might encourage them to cover the issue with more authenticity & credibility.

“Though the initiative has been formulated primarily for the benefit of the honourable members of Guwahati Press Club, anyone related to the journalism is encouraged to take advantage of it,” said GPC secretary Nava Thakuria adding that even the journalists based in other parts of northeast India are also welcome for the program if incidentally they are in the city during the specified period.

7 Mar 2008 - 4:04pm | editor
A good number of Community Information Centre employees have staged dharna at Dispur Last Gate on Friday to press the demand for regularizing their jobs and also opposing the proposal to amalgamate...