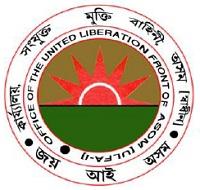 The United Liberation Front of Asom (I) has warned of dire consequences if somebody tries to monger trouble with fratricidal killings like the indiscriminate firings and bombings at the Balajan Market in Kokrajhar on Friday.

In a hard hitting statement, the outfit’s publicity secretary Aronodoi Asom said that the deadly attack on the common people belonging to the ethnic tribe in Kokrajhar is detrimental to the cause of the freedom struggle.

He said that they don’t want even a single innocent indigenous person to be killed and that the fratricidal carnage would have a negative impact on the entire ethnic tribal life and society.

ULFA-I’s statement assumes significance hours after NDFB(S) denied its involvement in the gory incident where 14 people killed and 20 others sustained injury.

The incident took place when a group of unidentified gunmen landed at the Balajan Weekly Market and unleashed a reign of terror by indiscriminate firing and bombing where 14 people died on the spot. Many others who sustained injury have been battling with death in the hospital.

24 Nov 2013 - 5:06pm | Shankar Barua
The Brahmaputra Riverboats Design Challenge (TBRDC) for 2014 is being announced. The competition is to design for a 1-2 person manually operated boat suitable for local fisherfolk. The event is going...

13 Aug 2016 - 3:57pm | AT News
Amid a terror shadow in the run up to the Independence Day celebrations, the Asom Jatiyatabadi Yuva Chatra Parishad (AJYCP) has condemned the incident of gory attack on the common people in Tinsukia...