The regional airports/airstrips can play a vital role in enhancing air connectivity and in turn boost up the economy. A quite few number of airstrips from the British days are lying unused in different parts of Assam, particularly in the upper Assam districts and the possibility of using the same for improving connectivity is being explored. However, for that, the Ministry of Civil Aviation will have to play a major role, while, private entrepreneurs would also have to come forward in this regard says Raju Ranjan Gogoi- An Aviation entrepreneur from North East India. 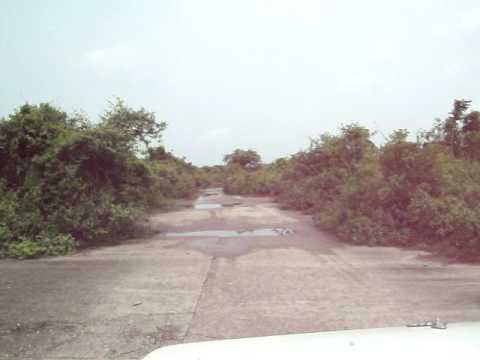 Thanks to civil aviation ministry for implementing that nation’s first civil aviation policy which emphasis on regional connectivity with stressed on North East region. The idea of making use of the abandoned airstrips cropped up during a meeting between Assam Industries and Commerce Minister Chandra Mohan Patowary and Civil Aviation Minister Ashok Gajapati Raju  . The civil Aviation minister has assured every possible assistance to state govt to develop the airstrips and enhance connectivity with South Asean countries in line with Act East policy. However, the concept is in the preliminary stage only.

Raju Ranjan Gogoi being an aviation enthusiast personally visited and explored few  number of airstrips/helipads available in private tea gardens of Assam , this airstrips are utilized by the tea owners/officials for their personal use. According to records available with the Government, at least 18 airstrips are in possession of the tea gardens and companies including Williamson Magor and around 10 of those are in usable condition. He said that of the tea companies having airstrips, only Wialliam  Magor is using those for visits of senior officials. Behora Airstrip (Golaghat district) is completely in use at present
Revival of Margherita Airstrip can be major boost to the region, remember the coal field of borgolai, ledo , digboi oil refinery (IOC) and the tea gardens are the major source of revenues for the authorities if at all airstrip revived.

Revival of Rupsi airport can be a major boost for the people of Kokrajhar and Dhubri as presently they need to travel to Guwahati to board their flight onwards.
If the dialogues can be established between Magor tea company and the state govt, the Behora airstrip can e utilized for tourism purpose as its just 20 ms away from kaziranga national park. The major source of revenue for the authorities will come from tourist, numaligarh refinery etc.

There need a joint collaboration between State Government and Centre to making use of this  abandoned airstrips for improving connectivity and the Ministry of Civil Aviation would have to deal with the matter with support from  the private entrepreneurs would also have to come forward for operating small aircrafts by using the abandoned airstrips.

Raju Ranjan Gogoi in his start up entity Radiant NE Aviation & Travel support working closely with the small aircraft operators based in Delhi, Kolkata, Mumbai , making them aware of these airstrips potentials. He is also meeting officials, authorities of the region and stressed on marketing the potential of these airstrips, upgrade the infrastructure and to form a aviation management body under the state govt. Most of the state govts have their directorate of civil aviation under civil aviation ministry, those who don’t have separate civil aviation ministry works under tourism ministry. Assam should have a separate body/directorate of civil aviation who can dedicatedly look after the aviation projects.

27 Apr 2012 - 2:59am | editor
Former chief minister Prafulla Kumar Mahanta has been elected as AGP president after the founder president defeated his rival Padma Hazarika by a margin of 37 votes in the party’s first-ever... 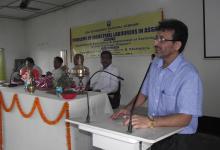 19 Dec 2007 - 2:29am | editor
It’s a major embarrassment for the Assam government. The adivasi outfit ANLA has categorically denied its involvement in the Beltala violence on November 24.ANLA leader Bikash Munda said the...