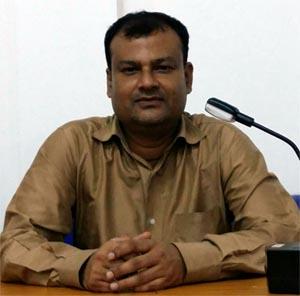 The Asom Jatiyatabadi Yuva Chatra Parishad (AJYCP) has demanded an urgent measure by the Centre to declare Assam flood and erosion as a national calamity. This is apart from a prompt action to save Majuli from the brink.

In a statement issued here, AJYCP president Biraj Kumar  Talukdar said that only the traditional special packages won’t help the state permanently get rid of the problems.

Taking a dig at the Centre, Talukdar said that instead of permanently solving the grave problems there has been stepped up initiatives from the Centre to sweep away the water resources by covering the Brahmaputra under the river linking network.

He said,” Since Independence, the power-that-be in New Delhi has been announcing a meagre amount of fund to marginally mitigate the misery of the affected people. If these are allowed to continue, the entire geographical area of the main north eastern state would be on the verge of collapse.”

Blaming it all on the Centre, the AJYCP said, “we have noticed that the ruling clique in Delhi has been trying to pacify the people with only special package, false promises to wash their hands off.“

"There is no dearth of ideas to turn Assam into a safe haven for lakhs of Hindu Bangladeshi nationals", said Talukdar.

22 Sep 2017 - 7:20am | AT Kokrajhar Bureau
The All Bodo Students Union(ABSU) has come down heavily on Congress MLA Serman Ali for hid unconstitutional words on Harishangkhar Brahma over reports of the land right and protection committee....