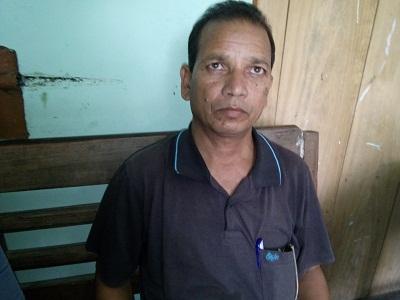 A similar incident came to light when Panery police on Thursday arrested a con-man  who claimed to be business associate and agent,  of multiple USA based chit fund company namely ETC & Ahana and Lordo Trading Community and World USA.

The accused Purandar Prasad Kharkare(47)a resident of Hatigar TE under Panery PS had allegedly duped more than 80 people of at least Rs 9  lakhs from April-July of this year.

The accused reportedly mostly targeted semi-literate people from low-income groups like daily labourers and rag-pickers to invest in the chit fund companies.
The accused asked investors to deposit the amount in a individual's account namely Santosh Bhagat a resident of Jharkhand.

The duo in the name of PM Modi's Digital India scheme convinced local residents to invest their hard-earned money in the chit fund with the promise that the company pays 42% weekly interest . Though intially some of the investors were returned high interests,others were given fraudulent excuses.

The duo cleverly chose their victims mostly tea tribe daily wage earners because the underprivileged lot wouldn’t have the means to take them to court. A victim Jual Karkare deposited 1.30 lakhs while another Govind Sarma deposited 75 thousand in dream of attractive incentives to account of Santosh Bhagat (59021011000619).  On the basis of F.I.R filed by victim Jual Karkare

SDPO Bhergaon after preliminary investigation arrested Purandar Prasad Kharkare “The arrested is accused of swindling local residents of more than Rs 9 lakhs by offering attractive incentives. Each investor lost between Rs 15000 and Rs 1 lakh. Though Santosh Bhagat the account bearer withdrew all amount a cash amount of only Rs.18000 is currently in the account. We have launched a probe,” said the police officer.

8 May 2017 - 10:58am | AT News
A three day special Assam assembly session from Monday will pass the Assam Goods Services Tax, 2017 to open a new leaf in the country’ tax regime. Apart from it, the government is expected to table...