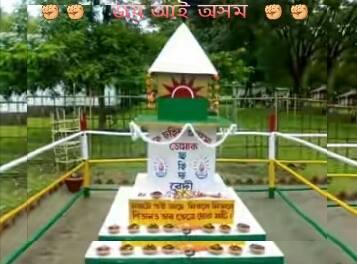 The United Liberation Front of Asom (I) has warned of an outbreak of religious tension in Assam in near future.

In a statement issued to media on Wednesday, the chief of the proscribed outfit Abhijit Asom said that the Muslim people in Assam should try to have a look at the holy scripture from a scientific point of view to keep the diabolic jihadi tentacles at bay. He further deplored that Kashmir has turned into a valley of death where the sons of the soil have been killed.

He said that they won’t allow the enemies to spread tension and acrimony in the name of religion.

Body of a forester found at Nazira

18 Dec 2012 - 6:15am | SK Hasan
Dead body of a forester (grade-1) Thaneshwar Borah was found under the Silasaku Bridge, Garmur of Nazira. Borah was working as a forester of Bihubor Beat Office, Nazira and he was returning home by...