Hours after he was elected as the CLP leader in Arunachal Pradesh, Pema Khandu staked claimed to form the new Government in Arunachal Pradesh on Saturday. Immediately after the CLP meeting in Itanagar, accompanied by Nabam Tuki, Kalikho Pul, Takam Sanjay and Podi Richo, the former chief minister’s son meet Governor Tathagat Roy and staked the claim. But before that in the morning, Tuki resigned as Chief Minister. These scheme of things have forced Roy to suspend the assembly floor test.

The Assembly has a strength of 58 which comprises 11 from and 2 independents and 45 from Congress. Khandu is expected to take the oath in a day or two. 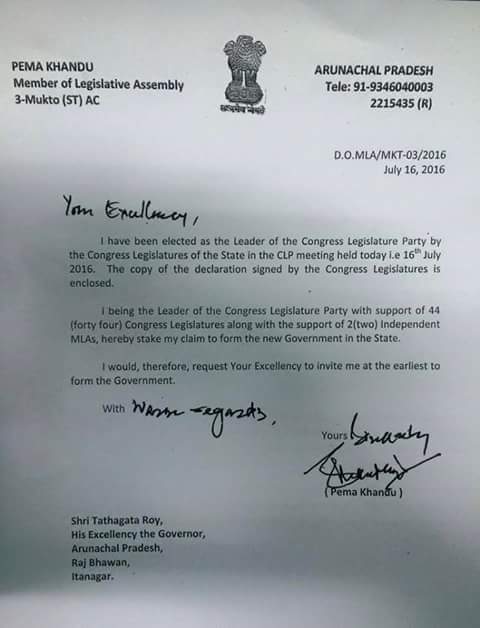 27 May 2017 - 8:41pm | AT News Imphal
A community consultation on “Protection of Land, Forest and Rivers” was held at Sibilong Village and Phaitol Villages on 25th and 26th May 2017 respectively, which was jointly organized by the...

6 Apr 2014 - 3:08pm | AT News
Dibrugarh is prepared to vote in the first phase of Lok Sabbha polls slated for Monday along with Jorhat, Tezpur, Koliabor and Lakhimur.Polling officials have already reached 1,5,35 booths where... 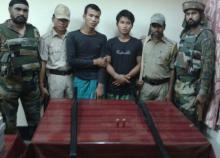