Hundreds of citizens from different parts of Bengtol area participated in a peace rally organised in Bengtol on Thursday in Chirang district,demanded unconditional released of arrested two teachers,on suspect of financing to militant outfit organisation, sto atrocities on innocent people and hold peace talks with all militant organsations immediately including NDFB(S) to bring permanent peace and development.

Chirang police arrested teachers on July 3 allegedly financing money to banned NDFB(S) militant outfit group, he duo are not supporter nor link with NDFB(S) according to our concerned,the citizens’ forum said. Instead of supporting the militants group they are victimized of ongoing chaos situation in area. So, we being the civil society of this area have appealed to concern government to release unconditionally both the arrested teachers on humanity ground to bring peaceful situation in the area by withdrawing leveled section on them under different IPC.

The forum appeals to the government of Assam not to harass or atrocities on common people of this area in the name of militant operation or hunting. And the same time we said that we are not against the government operation over the militant. We also appeal the government to give security of life and property of a citizen of “good governance”.

The citizen forum appeal to create a permanent peace in this area through the political dialogue with militant outfit organisations. Since 1999 to till today six innocent teachers along with many civilian were killed by militant groups. Whenever militant groups started to kill one after another those people that time in Bengtol area not even a single security personal had not been strengthen to give protection to common people. Till today culprits those who had involved behind the heinous act even not a single person has been arrested nor has victimized family received justice being a citizen of democratic state, the forum said.

None of the victim families have got justice till today nor had a single case been registered by Police. An administrative has also failed to give security to protect the life of common people of this area. In some cases the local people has witnessed the involvement of security personal instead of giving security to common people. By witnessing activities of the administrative and militant groups, every citizens of Bengtol area have bearing fear psychosis in their mind and also they feel doubt to trust on security system of Assam government because common citizens are living under insecure situation,the forum said.

The forum also said that if they were given to some money to the militants group the duo were compelled to give money to insurgencies group due to above condition they have faced since several decade. The forum appeal all the militant groups not to harass the common people by collecting money, also request to shun violence activities and come forward for the peaceful dialogue with the government. The forum request the government to solve the vex insurgency problem permanently through the meaningful political dialogue so that peace situation could be restored in the region, release added.

22 Oct 2013 - 6:13pm | AT News
A powerful Improvised Explosive Devise weighing 1.5 kg was seized from Hajo in Kamrup district on Tuesday. According to police, a woman saw the IED, wrapped in a plastic bag with its two... 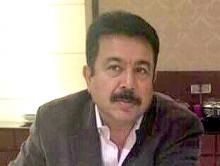 10 Jul 2016 - 1:46pm | AT News
In a move that fetches joy for Assam and its people, a top ranked ONGC officer from Assam will head the Oil India Limited. He is none other than Utpal Borah who is all set to sit in the helm of...