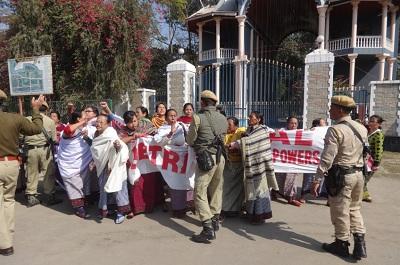 In a huge blow for the Centre, the Supreme Court  on Friday asked the army and para military forces not to use excessive and retaliatory force in the counter insurgency operation which needs to be probed.

Taking up a petition challenging the Arms Forces Special Powers Act, a bench of Justice M B Lokur and Justice R K Agarwal asked for the details of alleged fake encounters in the north eastern state.

The bench further asked Army to probe the allegations of fake encounters. Further, the apex court agreed to probe NHRC’s claim that it lacked powers to deliver effective justice.

The bench asked the Centre, Manipur government and NHRC to submit a comprehensive report on alleged fake encounter cases in the state, including 62 such cases where FIRs have not even been lodged.

19 Sep 2017 - 8:17am | AT News
A lower court in Dibrugarh remanded Akhil Gogoi to fourteen days judicial custody after police produced the peasant leader before it following the end of police custody.  Police sought Gogoi in...