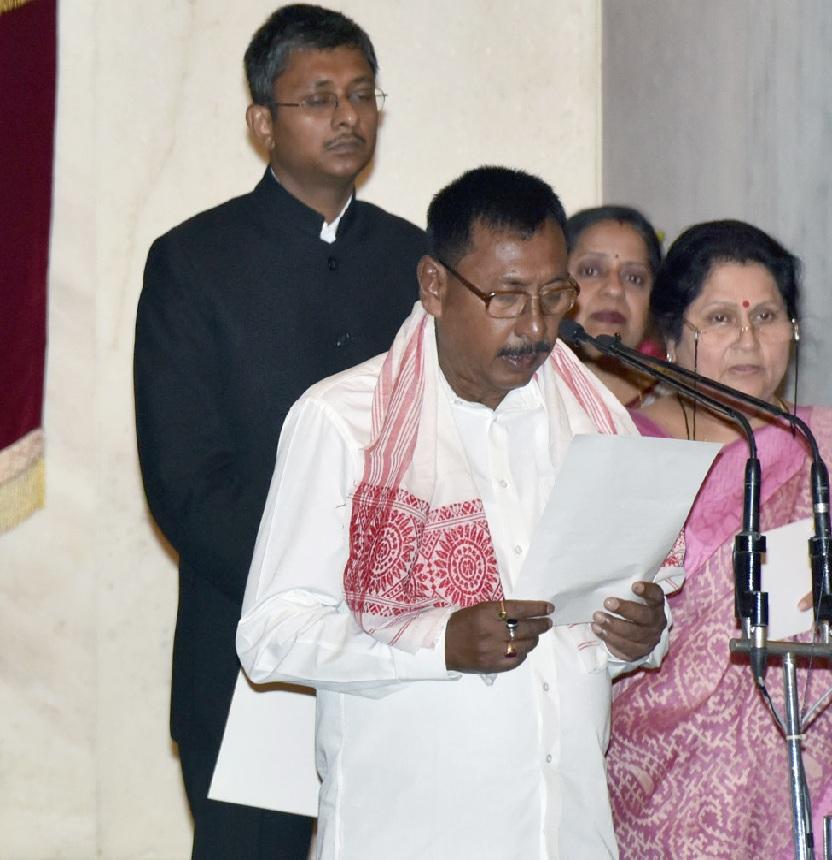 Rajen Gohain took oath as Union minister when Prime Minister Narendra Modi expanded his council of ministers inducting the Nagaon MP along with 18 others on Tuesday. President Pranab Mukherjee administered the senior BJP leader from Assam the oath of office and secrecy at a function at the Rashtrapati Bhawan in the morning in presence of Modi along with his ministerial colleagues.

Chief Minister Sarbananda Sonowal along with a few top state BJP leaders were present in the function. Gohain, the three fourth time MP from Nagaon got the invitation to take oath two days ago when he was in his home district.

27 Jan 2017 - 2:09pm | Sanjoy K Kakati
Raha, the name of an area hemmed in between Nagaon and Morigaon districts of central Assam turned in to a mini north east when a local college took out a huge procession showcasing the region’s rich...

Brahma to be produced in court

23 Aug 2012 - 2:26pm | editor
Pradeep Brahma would be produced before a lower court in Kokrajhar on Thursday a day after the BPF MLA was arrested in connection with the BTAD violence. A team of police picked up the West Kokrajhar...