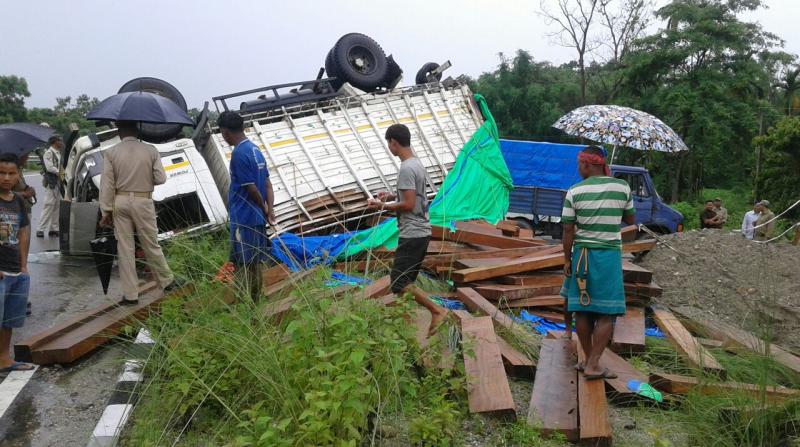 A truck bearing registration No. AS-18C-4636 carrying illegal Sal timbers coming from Athiabari bound for Bongaigaon through 31C National Highway was met road mishap at Barsangaon late last night, however driver and smugglers manage to escape from the spot through scope of dark. The truck was seen damaged fully and timbers slept to the road for the incident. Forest official and police rushed to the spot to take stock about incident and later seized the timbers. Police said that it was an act from illegally smugglers who were tried to smug the timbers. The timbers’ market value would be around Rs.3.5 to 4 lakhs

Dhiren Basumatary, Forest Ranger said that the forest department has been intensified patrolling through National Highway that is why the smugglers met road mishap on the road. The truck was bound for Bongaigaon.

6 Mar 2014 - 12:09pm | AT News
Man elephant conflict refuses to die down. The victim this time is a couple in Dhemaji district.The shocking incident took place in Chechutoli on Thursday wee hours where a hard of wild elephants...