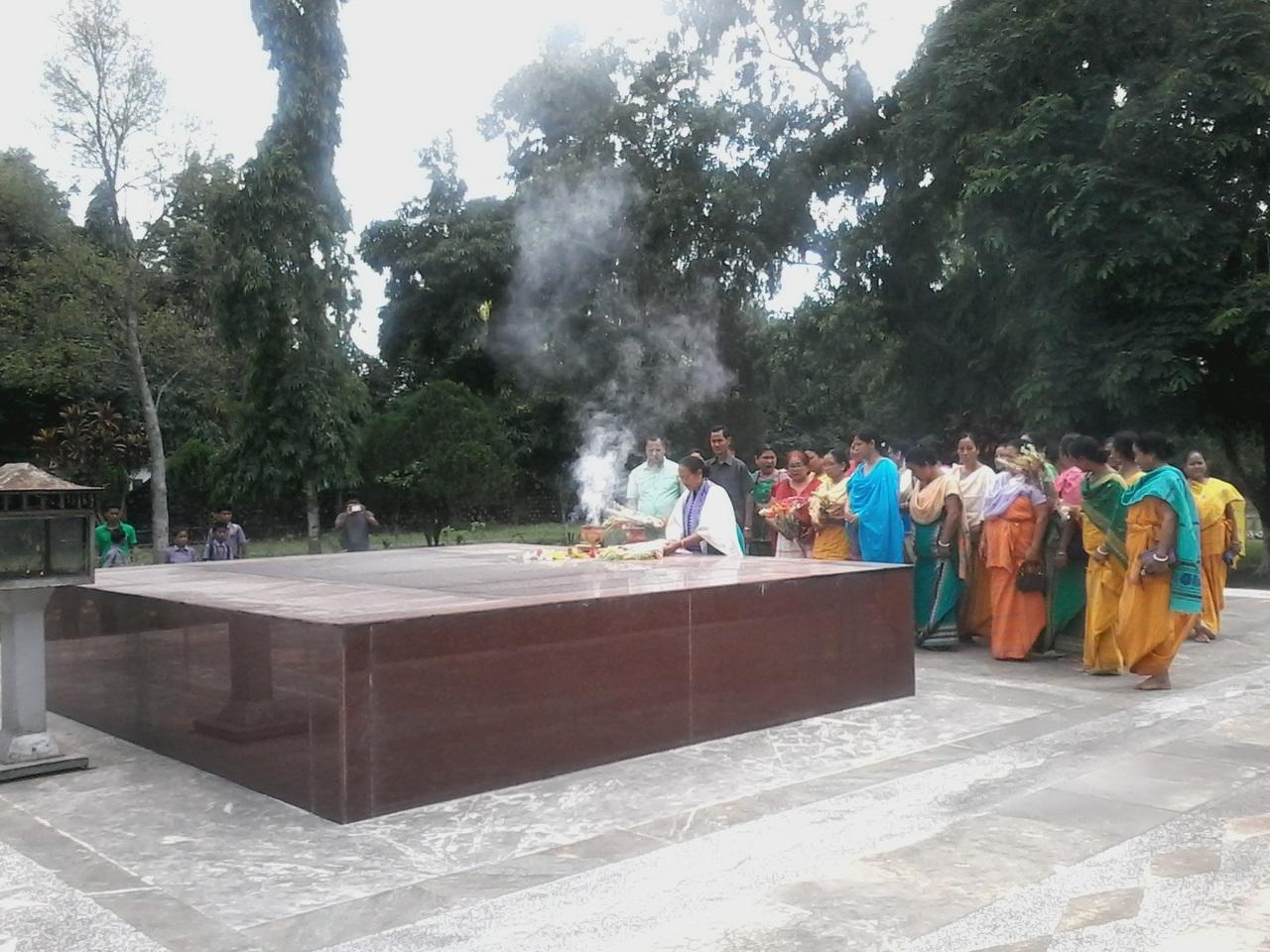 Assam Forest Minister Pramila Rani Brahma after taking oath of minister in the state government on May 24 last, paid floral tribute to Bodofa Upendra Nath Brahma, former president of All Bodo Students Union (ABSU) on Saturday at Dotma Thulungapuri in Kokrajhar district along with her party leader colleagues.

Brahma, a teacher turned politician, was stepped in politics under encouraged of Bodofa UN Brahma in 1991 and since then she has been electing as MLA and with 2016 election’s win she has recorded six straight consecutive time from Kokrajhar east constituency defaeting her nearest contestant in huge margin.

Bodofa UN Brahma, who had led strong mass movement for the cause of separate Bodoland separate state, justice to the down trodden communities in the state and dedicated his whole life towards development and social uplift among all sections of communities.

Brahma recalled UN Brahma that Bodofa was a leader of visionary and dreamt of formation for master-race community in the world through which today Bodos reached in today’s stage. She has remembered contribution and dedication of Bodofa, towards united building among all sections of the communities and regarded as torch bearer of Bodos and other down trodden communities. She said that Bodofa UN Brahma was her role model in political field entry because she was first elected under the blessed of Bodofa in 1991.On the other hand, BPF party leader,member and wel wishers greeted Minister Brahma with flower, bouckey and traditional Aronai,Phulam gamocha at Debargaon, Balajan Tinali, Dotma, Aflgaon, Fakiragram in the district. Brahma said that she has been taking stern step to protect one-horned rhino and forests in the state.Forest protection and rhino safeguard was the prime job of her ministry. She said that atleast 10 illegall forest check gates have been withdrawn to meet healthy administration across the state.She said that no any unwanted incident like deforestation and rhino killing would not be tolerates at any cost in the sate.

Brahma said, “We have witdhrew 10 forest check gates in the state and expected the state government will be look better in coming days. Forest conservation and rhino would be protected at any cost in the state and poaching on wild animals would be stopped”.

9 Sep 2017 - 9:27am | AT News Imphal
Upset over the alleged high-handedness of some police commandos, the Kuki Students’ Organisation (KSO) has on Friday demanded the authority to suspend the personnel who were involved in threatening...