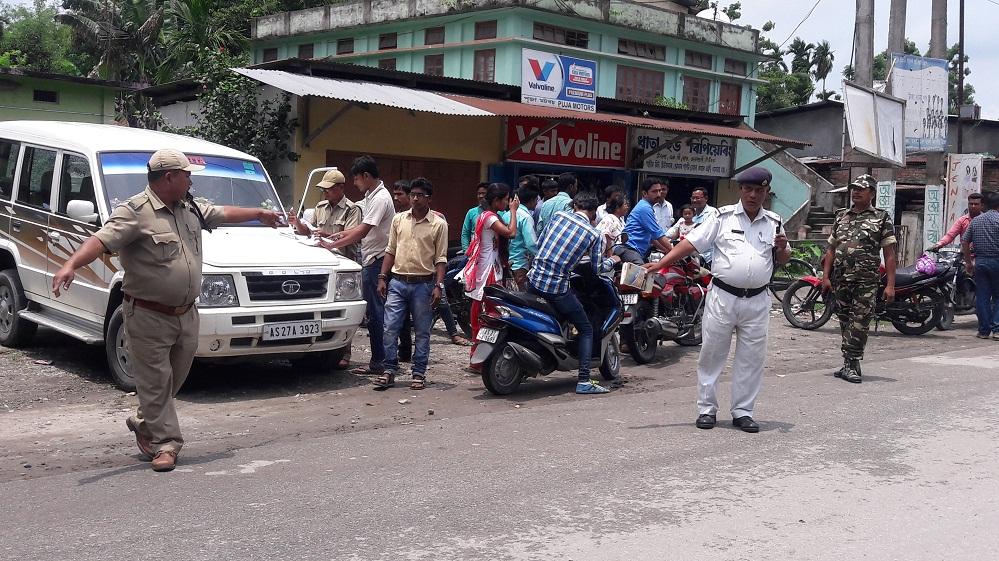 In view of the security for the ensuing declaration of Assembly election results on May 19 and growing road accidents , the Udalguri district administration has felt the need organise the traffic system.

A team of officials drawn from the district traffic police, transport and enforcement departments leaded by Bhaskar Dutta DTO Udalguri on Sunday undertook a drive at M.B Road near the Tangla HS Field to penalise the drivers of overcrowded vehicles and driving without helmets and driving licences.

In the drive, the authorities penalised drivers for overloading and two-wheeler drivers for not wearing helmets.

'We have taken out such drives ensuing growing accidents.Similar spot-fine drives were taken out in the district town which drew huge revenue,' said an official of the team.

IC traffic Sona ram Medhi of local police said "We have been regularly manning the road carrying out such drives in the town,but people seem not to be cautious and prefer paying spot-fines rather."

2 Dec 2007 - 12:28pm | editor
A full circle political blamegame centring around the Beltola violence is being hijacked to New Delhi to get more colour.The political leaders hailing from Jharkhand have already reached the capital...

19 Jun 2011 - 6:20am | Hamidul Gani
2 suspected militants from the anti-talks faction of the National Democratic Front of Bodoland were shot dead while other 3 escaped, in an encounter by security forces at East Garo Hills,...

Bard of sunshine dazzles in death

4 Jul 2012 - 8:54pm | editor
Famed Assamese poet Hiren Bhatta is no more. He passed away on Wednesday at Dispur Hospital where he was admitted last month following lungs infection. The end came at 11-30 in the morning in...