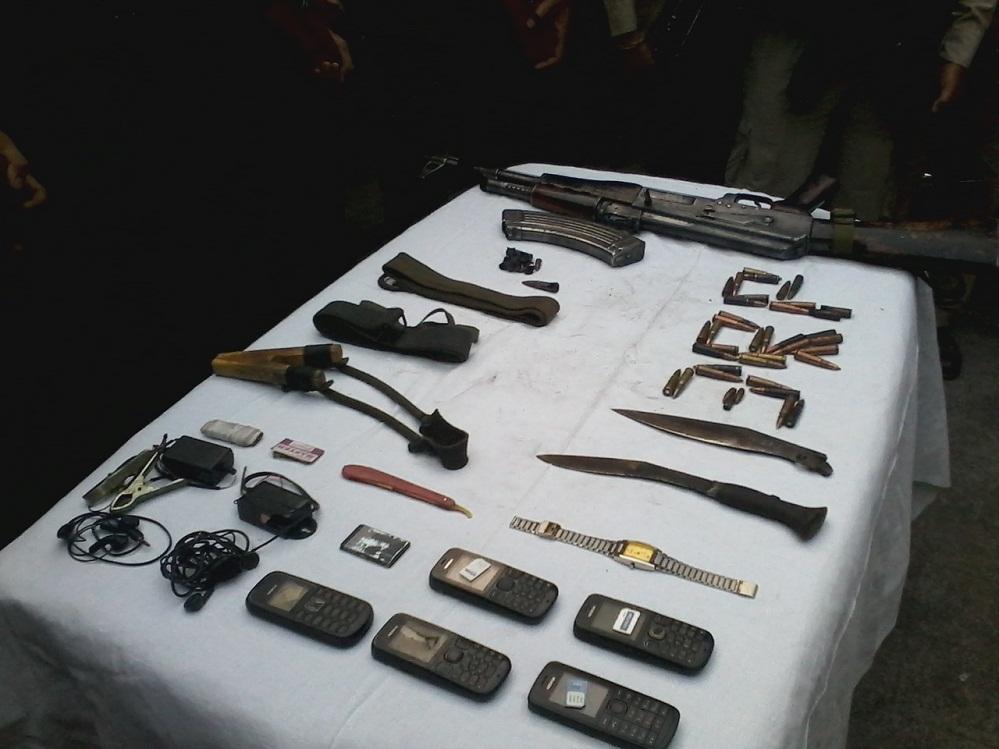 Security forces today carried out an operation against the militants outfit inside Ripu reserve forest along the Indo-Bhutan boder in which a top cadre NDFB-S rebel was killed. In a joint pressmeet at Kokrajhar SP office, which was attended among others by Brigadier H Sahani, Col I P Singh of the army, BTAD IGP LR Bishnoi said based on specific information, Army and Kokrajhar Police launched a joint operation in general area Ripu Reserve Forest of Ultapani in Kokrajhar since late last evening in which one temporary camp was busted wherein one hardcore top cadre of National Democratic Front of bodoland (Songbijit) {NDFB(S)} was killed at Lalmuthi area on the river bank of Saralbangha river inside the Ripu reserve forest in Kokrajhar district.

The slain militant is sated to be platoon commander identified as Bansho. It is however yet to be confirmed Bishnoi said one AK-56 alongwith a magazine and 31 live rounds, two kukhris,utensil, dresses, rice and five mobile handsets were recovered from the slain militant. He was involved in numerous cases of extortion, money collection, providing administrative support to the banned organisation and other subversive activities. He was also involved in 23 December 2016 massacre in general area Village Pakriguri. 'We have reached an achieved with neutralize of militant cadre during the search operation inside deep jungle', said Bishnoi.

9 Mar 2014 - 6:22pm | AT News
Finally, Ranjit Sekhar Mooshahary has joined the Trinamool Congress. The former NSG director will contest from Kokrajhar in the upcoming Lok Sabha polls.Mooshahary joined the party at a brief...