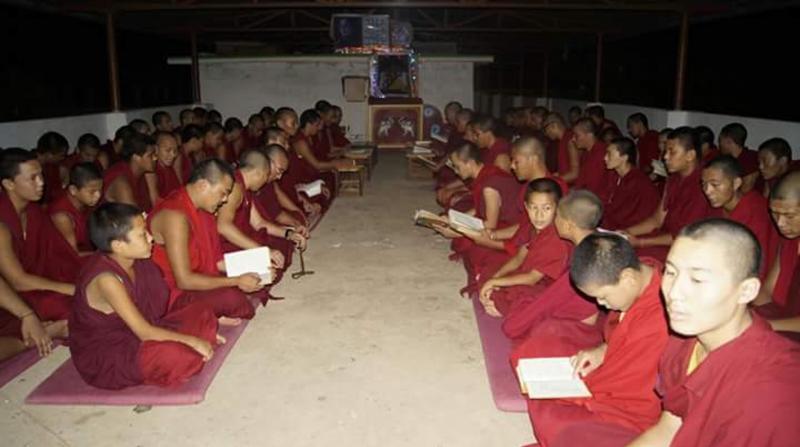 The Asian Forum for Human Rights and Development (FORUM-ASIA) strongly condemns the excessive use of force by police which has led to the death of two protestors in Tawang, Arunachal Pradesh in the north-eastern state of India on 2 May 2016. Two people were shot dead by police at around 4 p.m. and many were injured when a group of people protested against the arrest of Mr. Lobsang Gyatso, a Buddhist monk who has been actively opposing mega dam projects in Tawang. FORUM-ASIA demands the Government of India to conduct a prompt, full, impartial, and independent investigation into the death of the two protestors and take actions against those responsible.

Authorities in Arunachal Pradesh have approved the construction of about 168 mega dam projects in the state. Thirteen of these projects, which are to be located in Tawang, have been opposed by the indigenous people of the state.

Mr. Lobsang Gyatso is the Secretary of the Save Mon Region Federation (SMRF), an organisation of the Monpa community in the Mon-Tawang region of Arunachal Pradesh. Under his leadership, the SMRF has been protesting against ecologically destructive hydropower projects, demanding accountability in state development projects, and campaigning against corruption.

FORUM-ASIA was informed that, on 26 April 2016, Mr. Lobsang Gyatso was arrested for allegedly leading a group of people from Gongkhar village where the 6 MW Mukto Shakangchu project is coming up, and later released on bail. He was rearrested on 28 April 2016 for his critical comments regarding the protests recorded in an audio clip circulated on social media, and later denied bail.

“The right to freedom of assembly is a human right and not a privilege. This right should be exercised without arbitrary interference from the State. State also has the obligation towards ensuring protection of the right to freedom of assembly”, says Evelyn Balais-Serrano, Executive Director of FORUM-ASIA. “Credible investigation must be ensured in this case to fix the accountability of the law enforcement officers for a shooting without prior warning”, she adds.

In February 2016, two United Nations Special Rapporteurs, Maina Kiai and Christof Heyns, recommended in a joint report that “force shall not be used unless it is strictly unavoidable, and if applied it must be done in accordance with international human rights law”. The report further clarifies that “States and their law enforcement agencies and officials are obligated under international law to respect and protect, without discrimination, the rights of all those who participate in assemblies, as well as monitors and bystanders. The normative framework governing the use of force includes the principles of legality, precaution, necessity, proportionality and accountability.”

“Any use of force must be kept to a bare minimum and be proportionate”, says Anjuman Ara Begum, South Asia Programme Officer of FORUM-ASIA.

FORUM-ASIA believes that an independent investigation on the whole incident is essential, focusing on the role of political leaders and police officials, in order to ascertain the proportionality of the force used and to fix accountability for the loss of human life.

22 May 2010 - 7:08pm | Manash Protim Saikia
5 armed Naga personnel entered in the ONGC rig at Gelakey in Sivasagar district on May 21 and asked the employees to remove the rig from there as they claimed the land belongs to Nagaland. They also...

AGP-BJP meet on in Delhi

1 Mar 2009 - 10:05pm | editor
The Opposition Asom Gana Parishad leaders are holding a crucial meeting with BJP leaders in New Delhi to give the final touch to the seat sharing deal for the upcoming Lok Sabha poll.According to...

Six nabbed with ganja and liquor