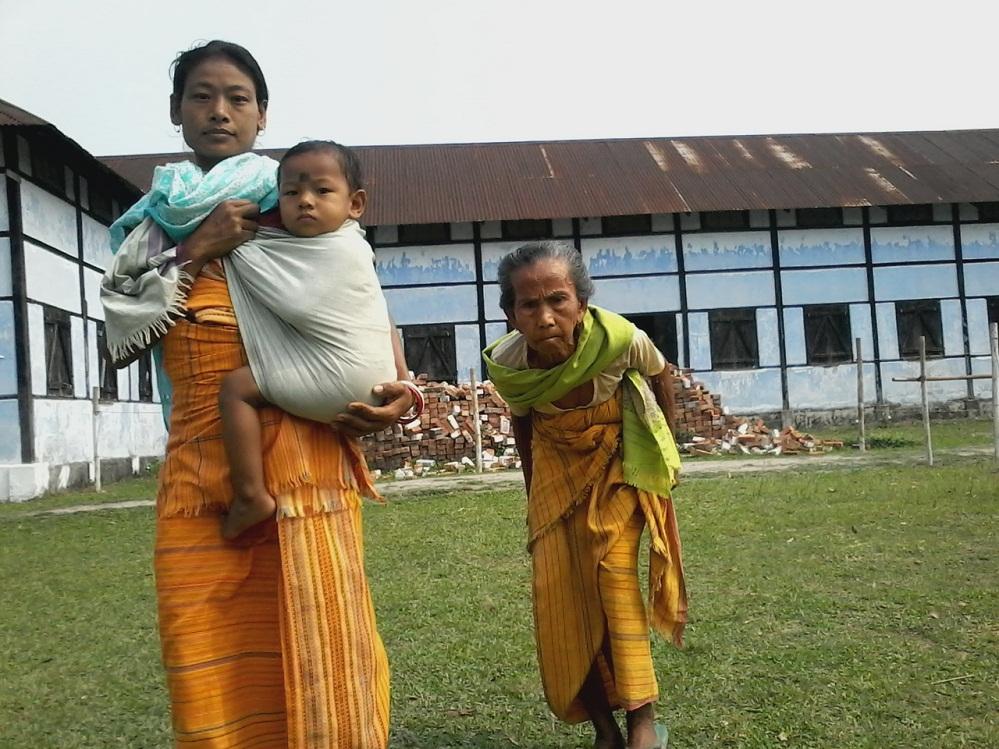 Around 82 percent poll  turn was recorded in three constituencies in Kokrajhar district on Monday, besides a repolling was declared for EVM anomalies at 24-polling station at Kachugaon LP school on the second phase Assam assembly polls.

According to Gossaigaon district election officer, the repolling was declared at Kachugaon LP School polling following EVM anomalies during ongoing voting on the day. The anomalies was intimated to the higher authorit of the election commission and date would be fixed whenever it would held, said election officer.

Voters from irrespective of communities come out on a enthusiastic mood and turn in long queue to the voting centres to cast their votes o the second phase Assam asembly polls since early morning, the polls was started from 7 am all over the region, included Bodoland Territorial Council (BTC) area.

Sitting MLA and BPF candidate for Kokrajhar east Pramila Rani Brahma said, ‘We have been forming alliance government at Dispur on the blessing of citizens’ support.This time common voters are extending support us, besides voting in favour of alliance parties that is why the grand alliance is making their grand scoring of majority results. She also said that her winning is sure for six consecutive terms from Kokrajhar east seat this time too’.

UPP president Brahma expressed his hopeful that Congress-UPP alliance party is winning majority seats in both first and second phases polls, government would be formed by alliance party with no doubt.He has claimed that this time common voters are extending support to the Congress-UPP party to gain social integration and uplift among society.

Binay Kumar Brahma, a professor by profession said, ‘We are feeling very excited to be involved to cast our votes on the polls in a peaceful manner.We have cast our votes to elect our peoples representative.Voters come out to be participating in the polls since early morning’.

Sumi Das,a college going student, after participating voting exercise at Vidyapith High School polling station said that it was a happy moment for voters that this time polls was held in a peaceful manner without any incidents in the region.

Pradip Dey,a voter in Uttamachen ME School polling centre said that this is a very peaceful and happy moment to participate in the assembly polls, that was passed off  in enthusiatic situation.

‘We have never seen such a healthy and pleasant situation during polls in the region.It was a laudable arrangement on the day by concern commission’,he said.

Gogoi in Delhi, to arrive in Guwahati on Sep 10

7 Sep 2010 - 12:11pm | editor
Assam chief minister Tarun Gogoi has left Mumbai and arrived in Delhi on Monday evening three days after he was discharged from the Asian Heart Institute. The chief minister then shifted to the Hotel...

17 Aug 2015 - 7:58pm | Hantigiri Narzary
The All Bodo Women Welfare Federation is unhappy with Kochugaon police for failing to arrest the two army jawans who allegedly raped a local woman inside a school building.Addressing a press...