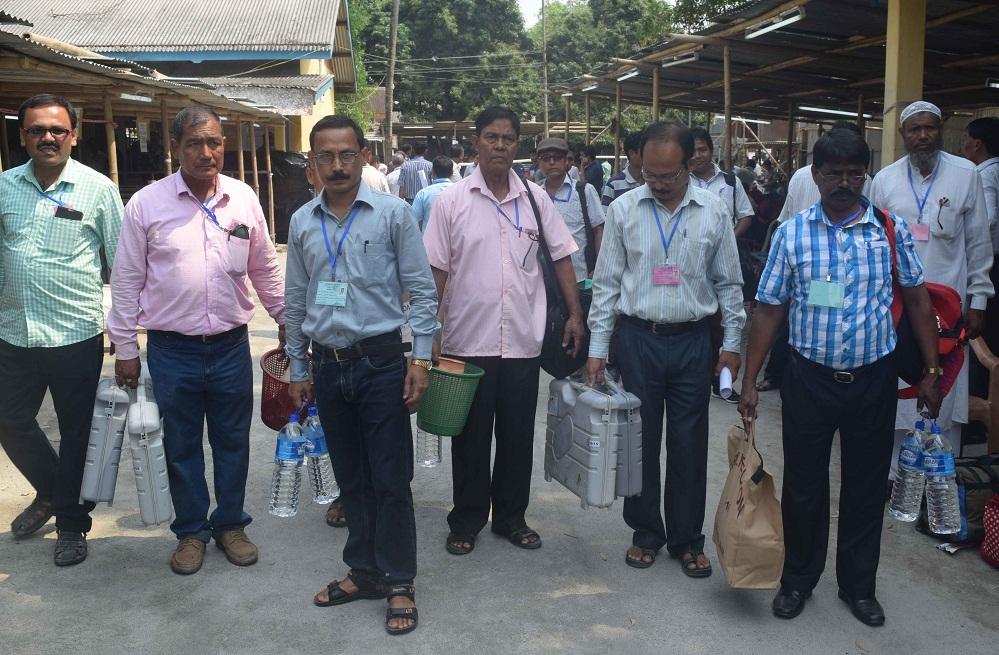 A total of five candidates from different party and organizations are in fray to contest in 31-Sidli LAC in the second phase poll on Monday. The Sidli constituency has been witnessing straight contest in between sitting MLA and BPF candidate Chandan Brahma and sitting BTC MCLA and UPP candidate Rwngwra Narzary. The duo candidates are expressing their expectation of winning from the constituency.

Altogether 981 polling personnel along with police personnel for 31-Sidli (ST) LAC were despatched today to their respective polling stations, numbering to 245 polling stations, while the remaining polling personnel were kept for reserve. All the polling officials were today issued the polling materials including EVMs  before being despatched to them to the polling stations. More than 402 vehicles were arranged to transport the polling officials and polling materials for successful conduct of election in the district. The district has 65 hyper sensitive, 56 sensitive and 24 critical polling stations.
As Chirang goes to poll on April 11 from 7AM to 5PM, the Chirang District Election Officer and Deputy Commissioner Rupak Kr. Mazumder appealed to each and every eligible voters to exercise their franchise without fail. In his appealed he stated that voters should not allow money or other considerations to influence their votes and that they should vote without fear or favour.

22 Jun 2013 - 8:38pm | SK Hasan
One 11 year old girl of Kheluwa Gaon, Nazira who is reading in class six was raped by one Krishna Gogoi (50) of Betbari Gaon. According to police accused Krishna Gogoi brutally raped the girl at her...

17 Sep 2008 - 3:32am | Nanda Kirati Dewan
The 13-member Women National Boxing team was named this evening by the Indian Amateur Boxing Federation (IABF) to represent India at the 4th Asian Sr. Women Boxing Championship to be held at Guwahati...

18 Aug 2016 - 11:51am | AT Kokrajhar Bureau
A couple was apprehended from Karigaon under Kokrajhar PS for allegedly human trafficking cases by Nedan NGO and AASAA activists on Wednesday. According to police,the couple was arrested when they...