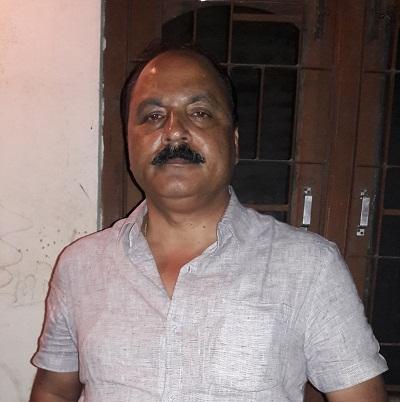 Trinamool BJP backed Independent candidate for 64 No. Panery LAC Bikon Deka have appealed masses to vote for Change in the constituency. Talking to Assam Times, Deka who was in fray for BJP ticket but was denied ticket for Saffron party's pre-poll alliance with BPF has contested as a independent candidates from the constituency. Deka a former chairman of the Assam Branch of Indian Tea Association  (ABITA) said that Panery constituency has a strong hold of BJP. He further stated "98% grass root workers  have not accepted the party alliance." And they are in my support claimed Deka.

He also said that saffron party has done a mistake by not fielding candidate in Panery LAC. But if people votes me and I come in power  I will support BJP in forming The government. Youths who are inclined to BJP and Hinduvta ideology have openly come out in my support.

Lashing Congress candidate Durga Das Boro Deka said "Durga Das Boro is not a factor at all. The Tea tribe community has  rejected him". In 1985 he might represent the constituency with 13000 votes but  Durga is a unknown face for the Young voters. He also said that "Durga is a TV  talk show political leader who betrayed AGP."

30 Jun 2014 - 8:31am | AT News
There seems to be no end to the monsoon misery for the Guwahatians. Rainwaters are wreaking havoc again in the parts disrupting normal life on Monday.Many areas in Guwahati have come under the...

14 Aug 2017 - 12:33pm | Mousumi Gogoi
The bid to keep Aaideu Handiqui alive gets yet another boost on Sunday when a biography of the first ever Assamese film actress was released in Golaghat. Former teacher of Kamargaon...