22 Feb 2008 - 1:26pm | editor
Property worth one crore has been left ravaged while a 12 hour long devastating fire that broke out on Thursday midnight at a goodwon in Jorhat town. Eyewitness say the fire broke out at the ground... 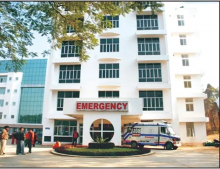