The All Bodo Students Union(ABSU) has extended union’s deepest condolence over the demise of former Look Sabha Speaker Purna A Sangma serving as MP Look Sabha from Meghalaya of North esatern state.

Lawrence Islary,General Secretary of ABSU said, ‘With his departure is irreparable for the service rendered for the Nation, tribals of North Eastern states of India. He was always in favour of the creation of more New States in India for parity in development and progress of the Nation. Being legendary and true Parliamentarian, he supported the separate Bodoland statehood movement by the Bodos. He had remained a patron for the National Federation for New States which was formed by the new state demand groups in the country, where ABSU is a part. The NFNS will always seek his blessings from the heavenly aboard to cherish the dream of having more states in India for equal development and rapid progress. He served the Parliament as one of the best diabolic Speaker from 1996 to 1998, during NDA government.He was representing Tura Lok Sabha constituency of Meghalya,Islary said. 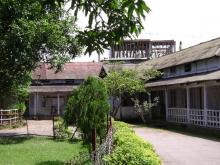 23 Oct 2015 - 3:42pm | Siddhartha Handique
Amidst the puja celebrations, a pall of gloom was seen at Furkating area of Golaghat on Tuesday. In the super market complex of Furkating a fire broke out at midnight and spread to three...