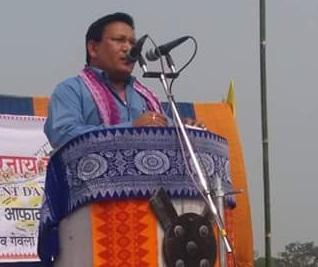 The observation was organized centrally by ABSU in association with Bijni anchalik committee ABSU where thousands of common public and students thronged.

The students union started it's mass movement demanding separate Bodoland statehood on March 1987 under the bold leadership of Bodofa Upendra Nath Brahma, the then president of ABSU and since then the students union every year has been observing the day as Bodoland movement day to mark the day.

An open session was organized on the day to mark the observation.

Pramod Boro, president of the ABSU while attending the observation said that the student union and common masses of Bodoland region have been demanding separate Bodoland statehood to meet good governance and healthy living. He has urged the government to take stern step to create new small states including Bodoland through political dialogue across the country to pave way healthy administration in the country.

18 Feb 2015 - 5:32pm | Subhamoy Bhattacharjee
A Himalayan Griffon vulture literally came back from the dead to live a new life in the wild, thanks to the never-say-die attitude of the dedicated team at the IFAW- WTI run Centre for Wildlife... 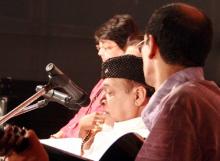