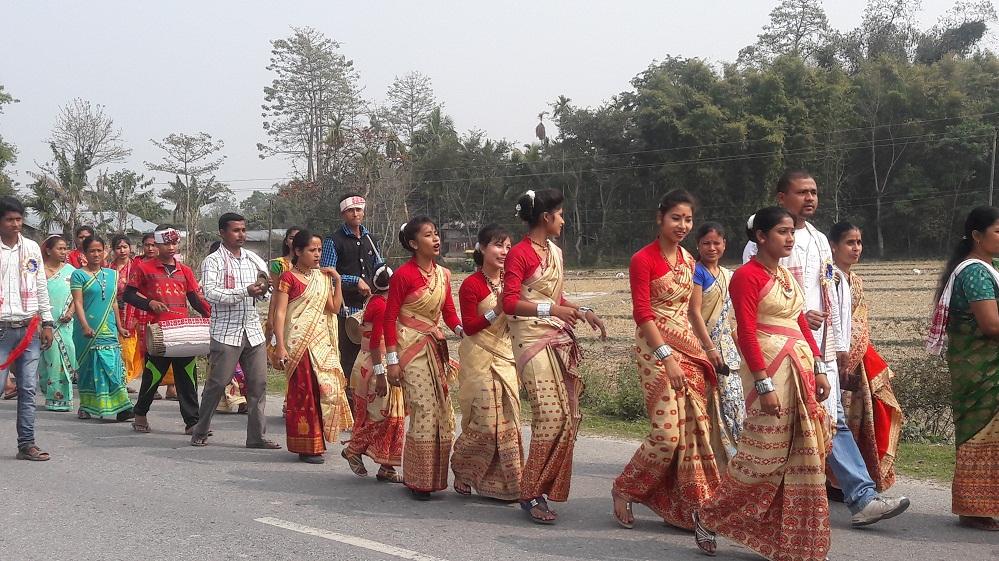 The silver jubilee celebration of Bandana Sangha Club concluded at Ratanpur on the outskirts of Tangla today.

The two day colourful programme began on February 13 at 9 am with the hoisting of flag by Deba Kumar Rabha president of silver jubilee celebration committee. At 9.30 am swahid tarpan was  performed by Dhrubajyoti Bhuyan,  president of Bandana Sangha. On February 14 a cultural procession was taken out where Rabha,Bodo and Assamese community performed. An open session was held which was inagurated by Saiful Hoque General Secretary of District unit of AASU. Deba Kumar Rabha presided over the session while Deb Raj Sapkota was the appointed speaker over the session. Other distinguished guests include Bikon Deka,Binod Rabha,Jayanta Bhattacharya. In the cultural night programme local bands and comedian groups entertained the audience.

JFA pursues for wage board benefits to media employees

10 May 2016 - 6:50pm | AT News
Journalists’ Forum Assam (JFA), while maintaining its demand for all due benefits to media employees including the journalists in accordance with the guidelines of Majithia wage board, urged the...