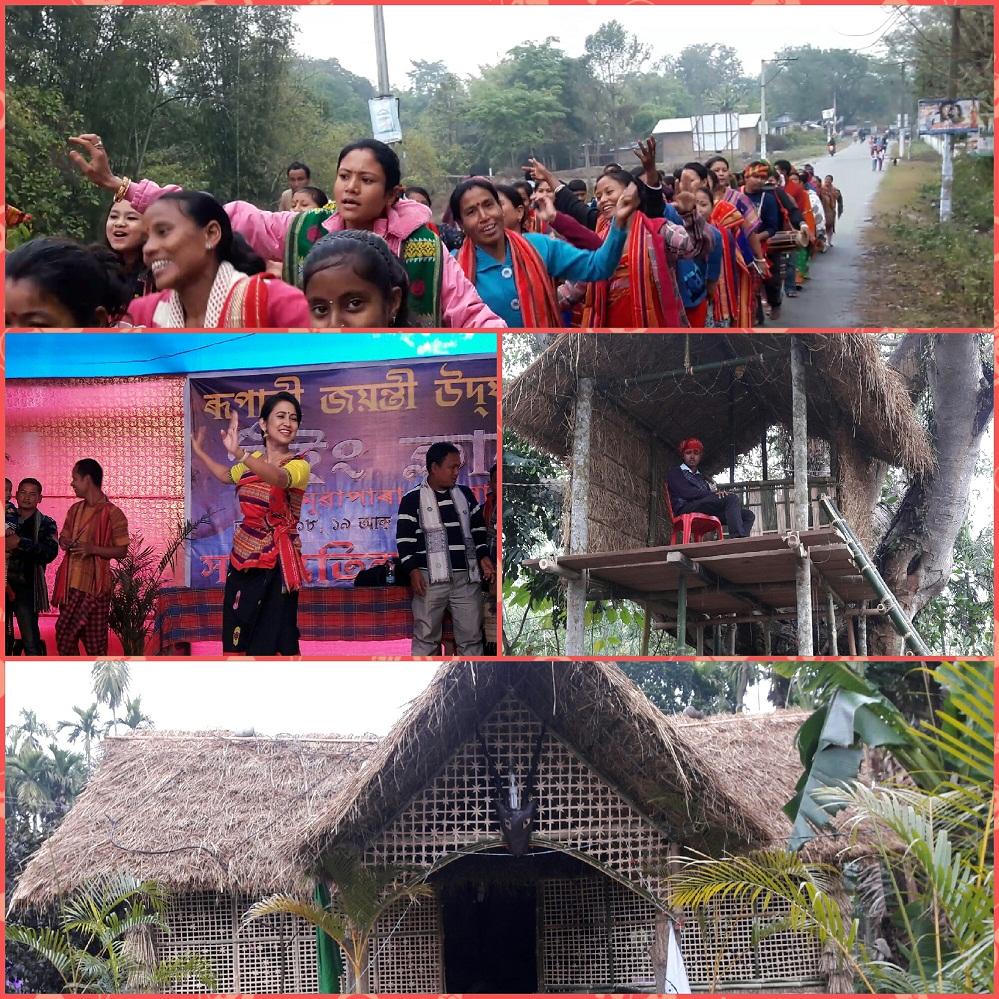 Chamuapara village which is located at a stone's throw away distance from Tangla town had organised the silver jubilee celebration of the Wing Club of the village with a three day cultural event on January 18,19 and 20. The third day cultural event started with a half marathon race which was followed by a Cultural rally were the Rabha and seizable Bengali people took part dressed in their traditional outfit.After the rally a public interaction programme named 'Manuhe Manuhar Babe' was anchored by Arup Jyoti Rabha.

Glamorous Assamese Actress Barsha Rani Bishaya was the chief guest of the event. She interacted with the village folks. She spoke on the domestic attrocities veted out on housewives and appealed every women to speak up whenever any injustice is seen.She said that western culture has greatly influenced today's young generation which has led to degradation of Assamese culture. She admitted that Change is inevitable and repeated Jyoti Prasad Agarwalla's line "Rupantar he Jagat Dhunia Kore".

An open session was held under the presidentship of Akhsay Prasad Das.In the session Ghateswar Baruah Lecturer of Dept.of Assamese Tangla College presented speech.Other important persons in the event were Udalguri RNC President Prafulla Rabha. An cultural programme was also organised in the evening were children's of the village participated. It is to be mentioned that the eye-catching Bamboo and Thatch Guest House,Tower House built by the villagers for the event were admired by all. 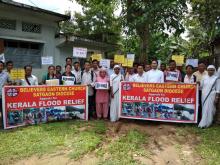 27 Jan 2013 - 10:30pm | AT News
Anti-big dam protest will take an aggressive turn as NHPC resumes construction of the projects at Gerukamukh. Addresng a press conference in Guwahati n Sunday, KMSS and AJYCP and TMPK have threatened...