Metro Gym, a city based health club, has organized a health-camp for scribes and their families at Guwahati Press Club. The camp, starting at 10.30 am of 23 January 2016 (Saturday) will conclude by 3 pm. The participants will get the opportunity to check their percent body fat & body composition analysis with blood pressure, blood sugar at the camp. Interested member-journalists are requested to attend the camp. 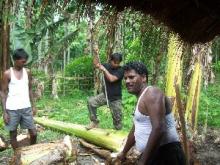