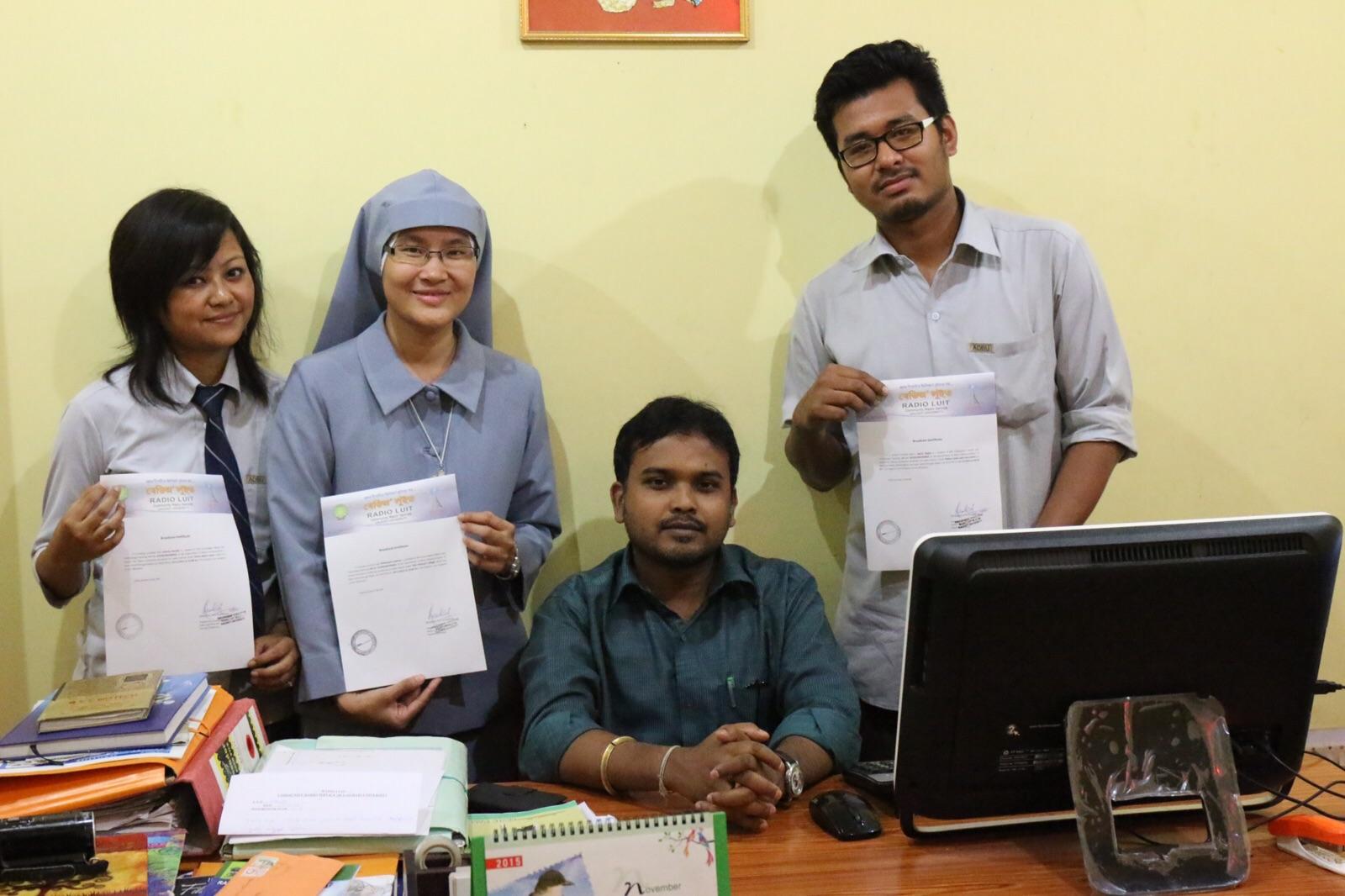 A group of Mass Communication students doing courses in radio production and development communication found that community radio has power to create awareness in the community for change.

Motivated by their teachers, they explored the needs of neighbourhood communities and came up with radio magazine shows to highlight some of the social issues that vexed the villagers.

Coming from diverse backgrounds and nationalities, the student teams ventured out to mix with local community members to collect sound bytes.

Three students produced three programs highlighting health issues, busting exam stress, and a children’s day special, all of which were aired in the span of one week in Radio Luit 90.8 Guwahati.

“I challenged students to go out and create a radio program to be aired in the local community radio,” says Assistant Professor and instructor of ‘Introduction to Radio Production’ Mr Kaushik Bhuyan at Assam Don Bosco University (ADBU).

Taking up the challenge were three students, just three months into the Radio production course. They hail from Assam, Meghalaya and Thailand, one man and two ladies.

“Initially we were scared. It was so tough for us to produce the program, with no knowledge of Assamese or Hindi languages to interview village people and come up with the program,” says Uthomporn Saelow from Thailand who did children’s day 15 minute special program on S.O.S. Children’s Village Guwahati.

Swital Amar Singh, a Manipuri now living in Guwahati says, “I found that villagers were affected by kidney stones, so I decided to produce a program to help people suffering from kidney stones get treatment and help others to prevent getting the illness.”

“It is common practice among students to feel stressed out as examinations draw near,” says Labynta Rynjah from neighbouring Meghalaya state. She got the help of Assamese speaking faculty from ADBU Psychology department and put together a 15 minute radio magazine show on how to prepare for examinations without stress, and at the same time how to relax, if one gets into stress panic.

“The students came up with creative programs which I was happy to air,” says Radio Luit Program Director Mr Bhaskar Jyoti Acharya who gave each student a certificate encouraging them to continue producing socially relevant programs.

25 Jun 2007 - 10:13am | editor
Noted sports organizer and senior Congress leader Phani Sarma breathed his last at his own residence at Bamunimaidam here at 7.15 a.m. today. He was 76.He was the treasurer of ruling Assam Pradesh...

13 Nov 2019 - 7:38am | AT Kokrajhar Bureau
KOKRAJHAR: Security forces apprehended three cadres of the Saoraigwra faction of the National Democratic Front of Boroland (NDFB-S) in the India-Bhutan border area in Chirang district on Monday...