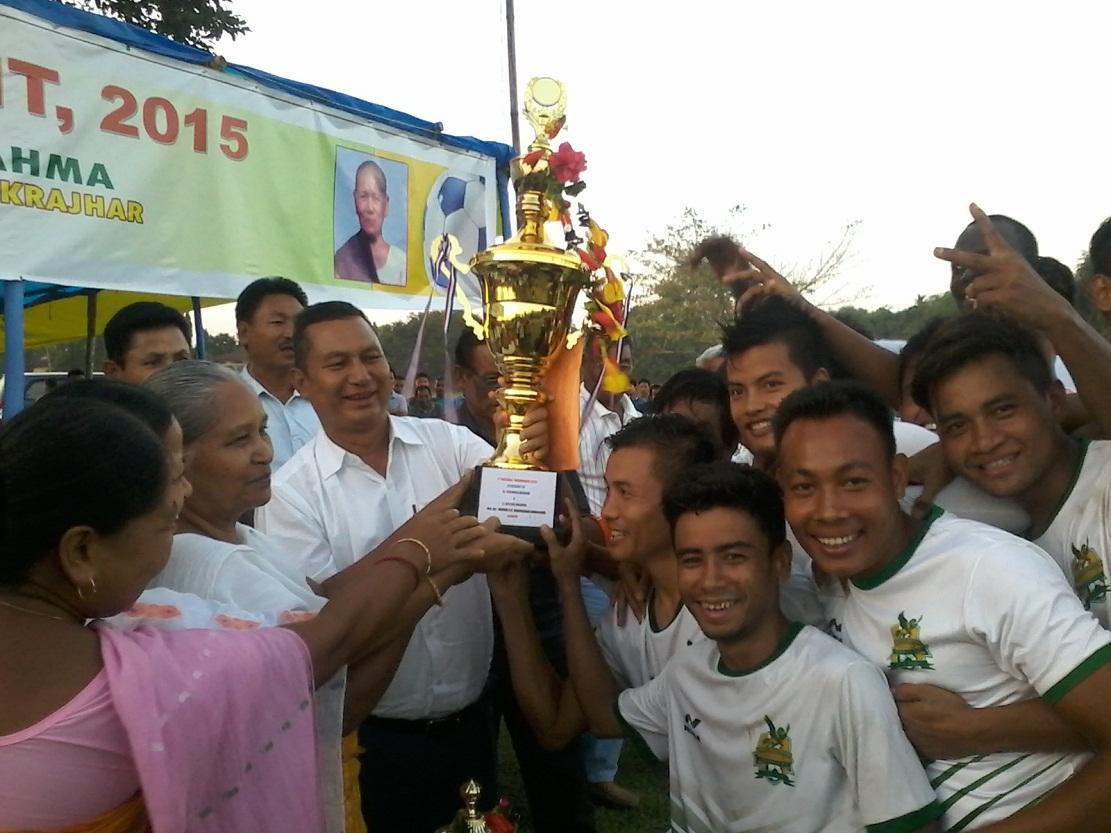 For Barhoongka, Lamminthang Touthang scored two goals in 43 minutes and 54 minutes and Satrughana Konwar scored another goal in 74 minutes in the second half and won the match 3-0.

Lamminthang Touthang of the Barhoongka  was awarded best player and given away a trophy and cash 3,000 in the tournament.

The trophy was sponsored by Kabiranjan Brahma, noted social activist in memory of his parents to building sports environment among society in the region.

Noted sports organisers Saradha Prasad Paul, Promod Kumar Narzary were among others present in the ceremony.

31 Oct 2014 - 10:38am | AT News
KAUSHIK HAZARIKA, KAZIRANGA: Kaziranga National Park is all set to open for the tourists on Saturday. The gates of the world heritage site will open at 8 in the morning after a brief function in...

18 Apr 2017 - 2:34pm | AT News
Security forces  claimed to have shot dead a hardcore ULFA-I rebel at an encounter in Dibrugarh district on Tuesday. According to army, a group of rebels who were hiding at a house in Rongpuria...

6 Feb 2009 - 3:05pm | editor
A crucial AGP steering committee meeting has failed to clear its poll deal with BJP on a few vital seats. The meeting convened at the party headquarters on Thursday remained inconclusive as the seat...