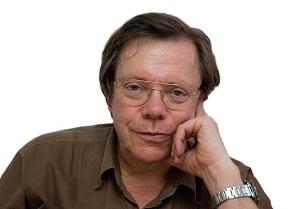 Eminent author-journalist Bertil Lintner, who is recognized as an expert on Myanmar (Burma or Brahmadesh) affairs, is attending the next ‘Guest of the Month’ programme of Guwahati Press Club (GPC) on 24 October 2015. The interactive session is scheduled to start at 2 pm sharp.

As India’s eastern neighbour Myanmar has prepared for the general elections on November 8 next, the city based media persons would have a rare opportunity to listen to the soft-spoken Swedish journalist based in southeast Asia. The overall implication of Myanmar polls on the far eastern part of India would also be a matter of kin observations for the participating journalists.

Currently a writer with Asia Pacific Media Services, Lintner earlier worked with Far Eastern Economic Review. He has authored several books on Myanmar including ‘Burma in Revolt: Opium and Insurgency Since 1948’, ‘Land of Jade: A Journey from India through Northern Burma to China’, ‘The Kachin: Lords of Burma's Northern Frontier’, ‘Outrage: Burma's Struggle for Democracy’ etc.

Member-journalists of GPC are requested to join in the interactive programme.