Senior police and civil officials arrived in the spot on receipt of the complaint. With sniffer dogs police tried to trace the miscreants. But nobody has so far been arrested or interrogated in this connection. Local residents vehemently condemned the miscreants and gave the police 24 hours deadline to nab the culprits involved in it. 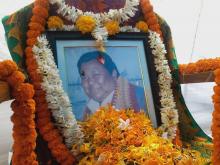 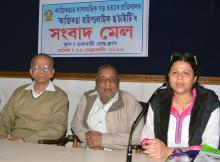 13 Feb 2016 - 9:36pm | AT News
Kaziranga Wildlife Society has expressed deep anguish over the serial poaching of Rhinos in the Kaziranga National Park. The Society condemned in strong words the inability of the forest department...