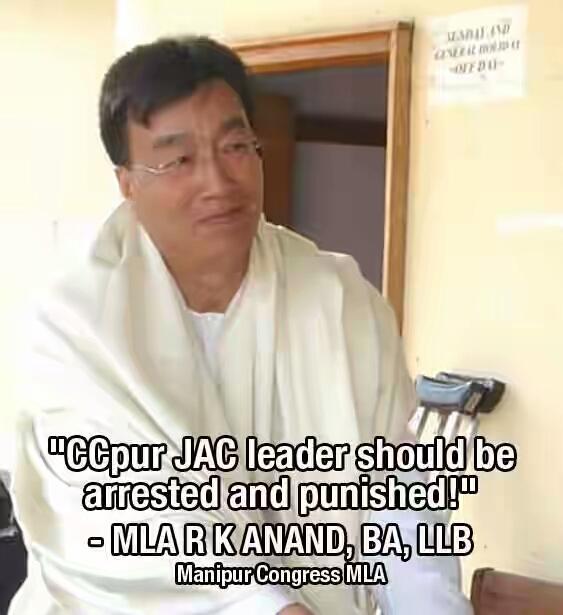 Braving a boiling situation over the controversial bills, a Congress MLA in Manipur demands stern action against the Joint Action Committee leaders accusing them of fomenting trouble in the north eastern state.

Speaking at a function in a remote area on Sunday Congress MLA from Naoriya Pakhanglapak RK Anand said that the protest was misdirected which kept Churachandpur on the boil. He said that the JAC leaders should be put behind the bars.

Various women protesters are taking out protest rallies on Sunday in different areas in the restive hills district a day after more than 1 lakh protesters formed 15 km long human chain raising their demands.These include immediate withdrawal of the three controversial bills apart from action against the policemen who killed nine protestors.