7 Nov 2015 - 5:47pm | AT News Itanagar
Five persons died and four others sustained serious injury when the vehicle carrying them skidded off the road and fell into a deep gorge in Arunachal Pradesh on Saturday. The tragic accident took... 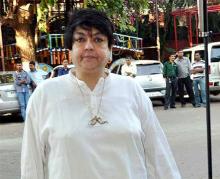 23 Sep 2018 - 8:23pm | Jutika Mahanta
MUMBAI: It’s the day when Mumbai beloved Bappa leaves the city with much fan-fair and Kalpana Lajmi too chosen the day to say good bye to her friends and family ! Renowned woman filmmaker Kalpana...